For Death or Freedom | Podium Audio

For Death or Freedom 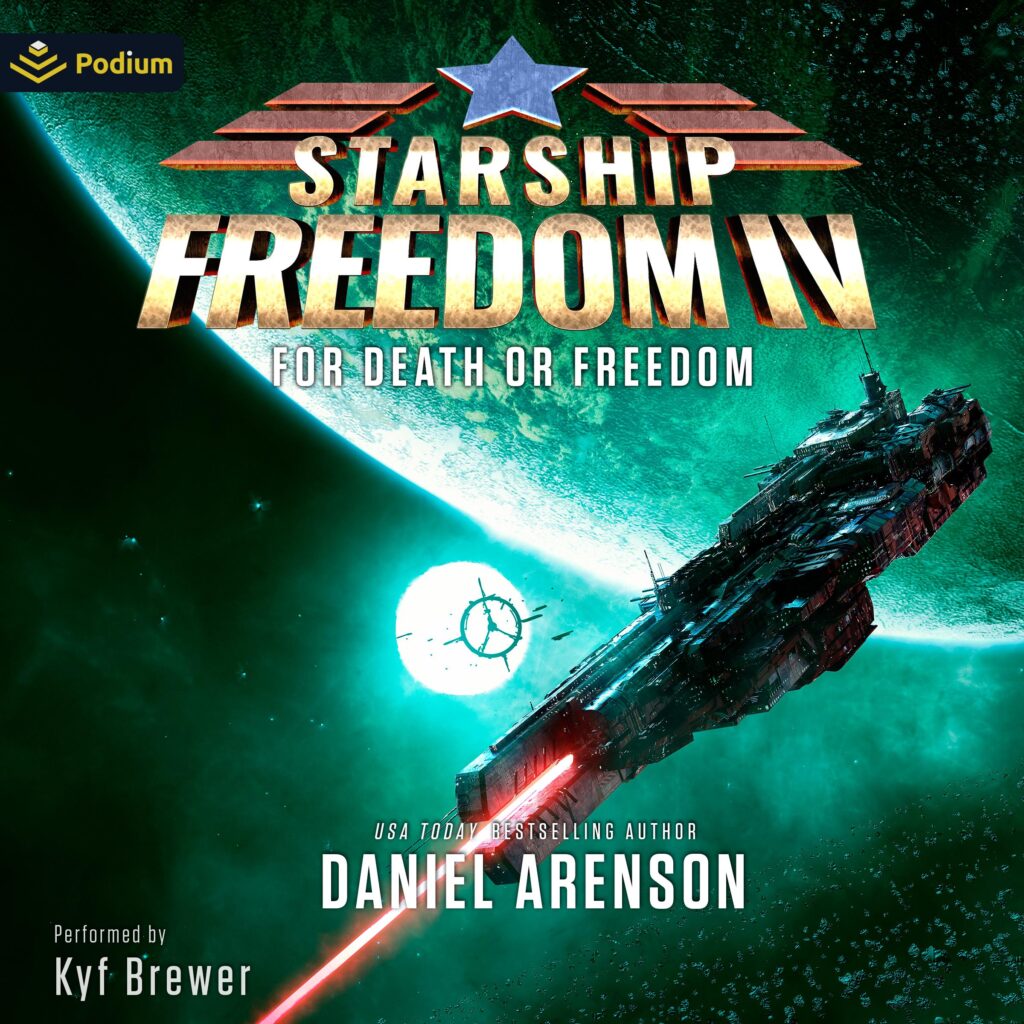 The starship Freedom. The hope of mankind. The defender of Earth. Under the leadership of James Bulldog King, the Freedom won battle after battle.
Yet now Freedom faces her most terrifying foe.  Not an alien fleet. Not a charging armada. But one ship. Nobody knows where the Tyranny came from. Nobody knows who pilots this mechanical terror. She emerged from the darkness like a demon from hell. And she craves the blood of men. She is larger than the Freedom. Faster. Deadlier. Marooned in deep space, the Freedom must face her alone.  A great duel begins. Two starships. Two captains. Two iron wills. Only one ship will survive.