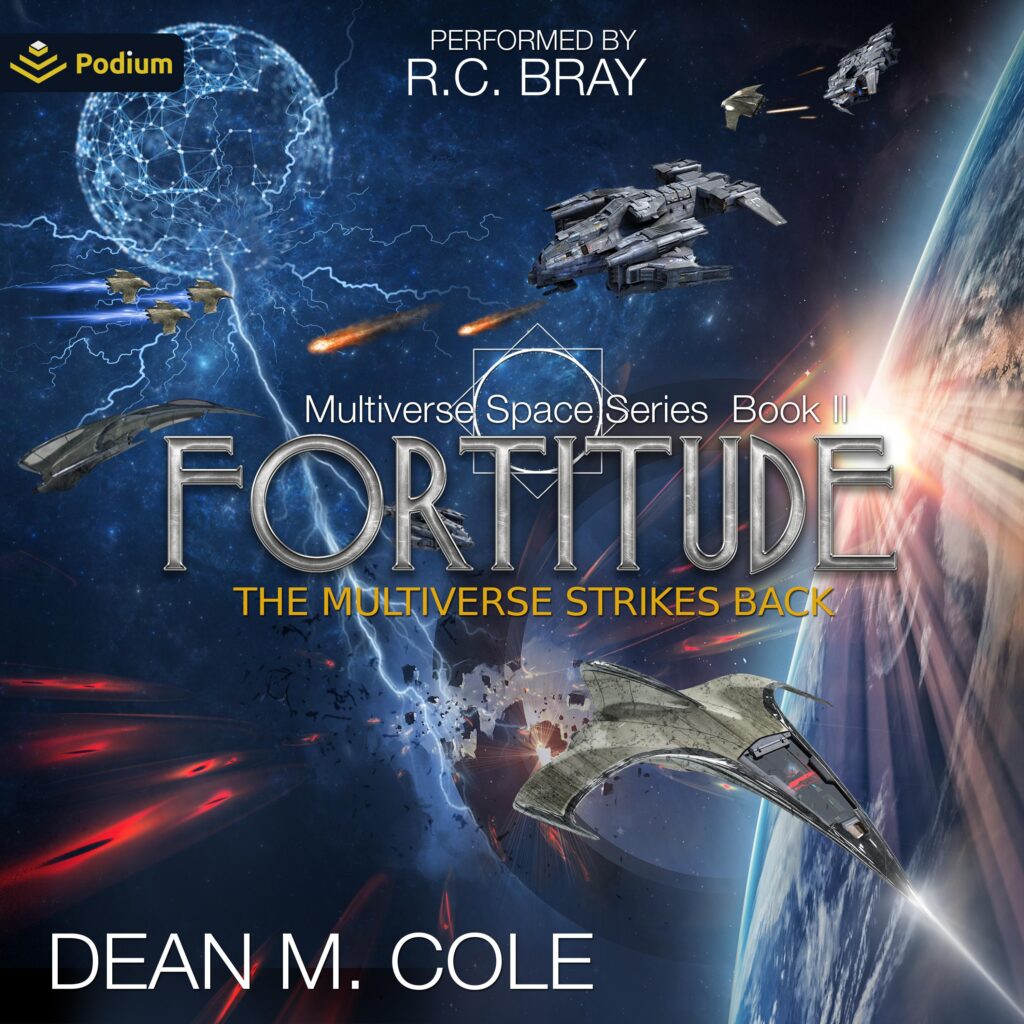 The only way forward is farther back into an alien past…Military special operators battling across the multiverse. Present-day fighter pilots thrust into space combat. Both teams waging an all-or-nothing war to reset an altered timeline.

Still trapped decades in the past, Vaughn and his band of military pilots and SAS special operators battle the Necks across the multiverse, now wielding powerful new allies and weapons, but the enemy robots refuse to go peacefully into the night. Attacking dirtside and spaceside simultaneously, both teams fight to flip the fortunes of battle because there’s only one answer when the question is them or us.
Fortitude pits advanced alien warships, secret weapons, brave heroes, and a smart-assed battlebot against a mechanized enemy bent on destroying all life.

"Like ‘The Martian’ on (and above) Earth. An epic survival story with very human characters, clever problem-solving and a gripping mystery. The end left me with NO IDEA where Dean was going with the story, I couldn’t wait for the next book."