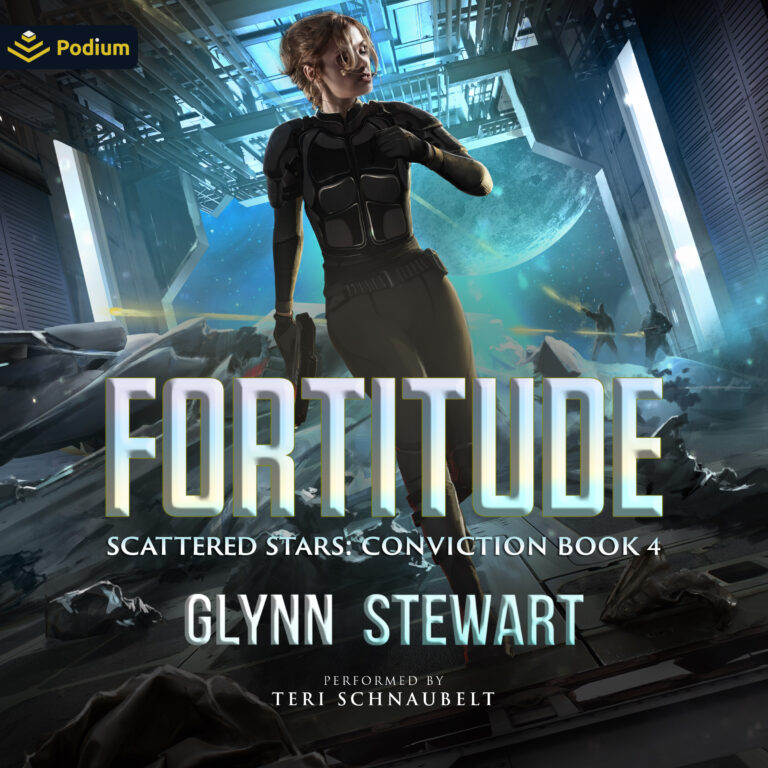 Commodore Kira Demirci is now the commander of a small but powerful mercenary force—one of the most dangerous in the cluster of stars she now calls home. Her own actions have brought peace to the Syntactic Cluster, though, and a mercenary is in limited demand.

A mutual interest brings her into the circle of the heir to the Royal Crest, a wealthy kingdom dozens of light-years away. Jade Panosyan has a nightmare brewing—and a plan to deal with it.

In the Crest, a powerful political party beholden to Kira’s own enemies is maneuvering to remove Jade’s father before he can free a dozen star systems from the clutches of the Equilibrium Institute. If they are to fail and the Institute’s plans be thwarted once more, Jade Panosyan needs someone to complete an impossible mission. The payment? The fleet carrier Fortitude, unmatched by any ship within a hundred light-years. The catch? Kira Demirci has to capture the carrier—from the elite forces of her employer’s nation!