From the Ashes | Podium Audio 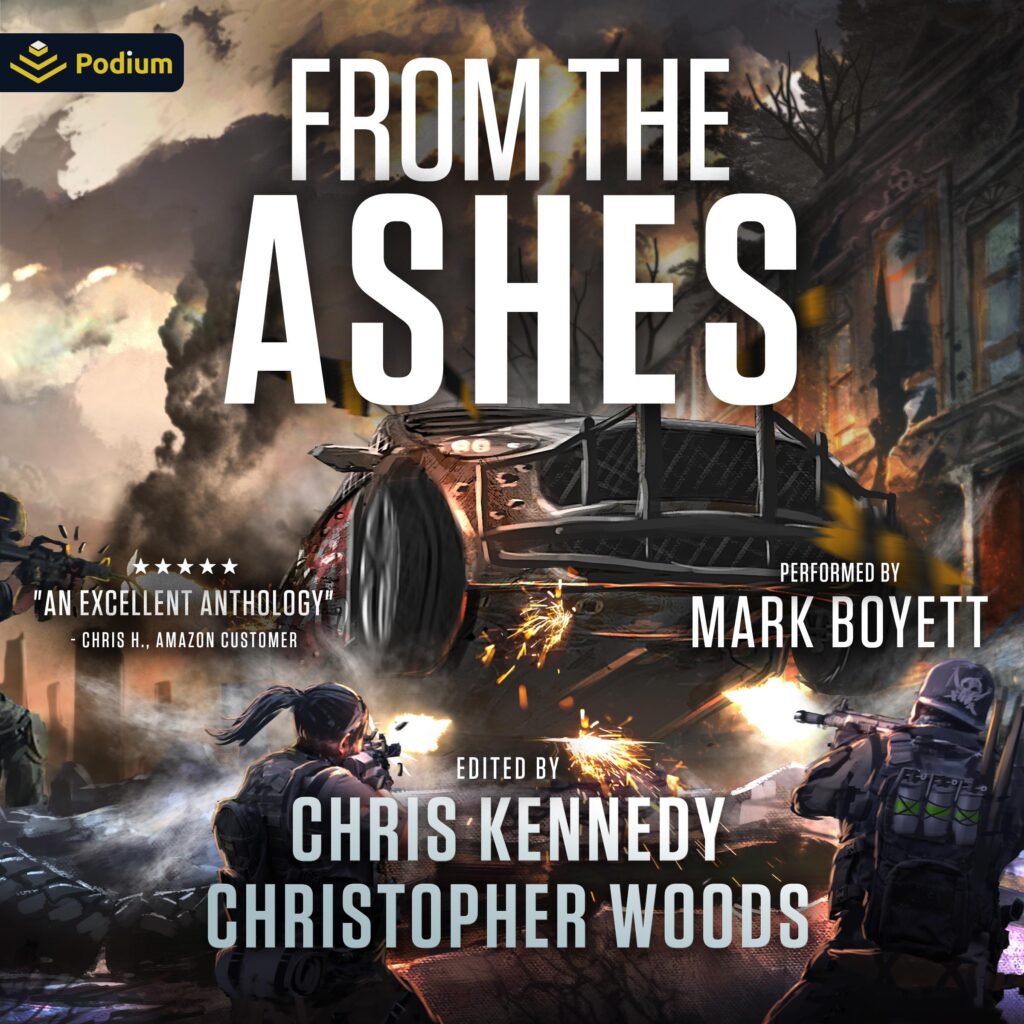 The world has fallen, but life goes on…
In the late 2020s and early 30s, corporations managed to render the major governments of the world obsolete. The big corporations owned most of the territories as well as the majority of the world’s wealth. While many of the old traditions were still observed in various parts of the world, the true power was with the corporations.
In the late 30s, what would be known as the Corporate Wars began as larger companies initiated hostile takeovers in a whole new fashion. Employees, armed with corporate weapons, warred for dominance. It was a bloody time, and many small corporations were destroyed, as were a lot of civilians in the wrong place at the wrong time…and those who’d been buying the wrong products.
On May 1st, 2067, it all ended in nuclear fire.
Sixteen outstanding authors have come to this Fallen World with stories that take place from the islands off the coast of Washington to the plains of central Europe; from the swamps of Florida to the streets of Philadelphia. These stories document the fall and introduce you to people who might just drag civilization back from the ashes.
With stories by Chris Kennedy, Brisco Woods, Jamie Ibson, David Carrico, Kevin Steverson, Philip S. Bolger, Joseph Capdepon II, Alex Rath, David Alan Jones, Derek Shupert, Ian J.Malone, Jan Kotouc, Jon R. Osborne, Mark Wandrey, Marisa Wolf and Christopher Woods.