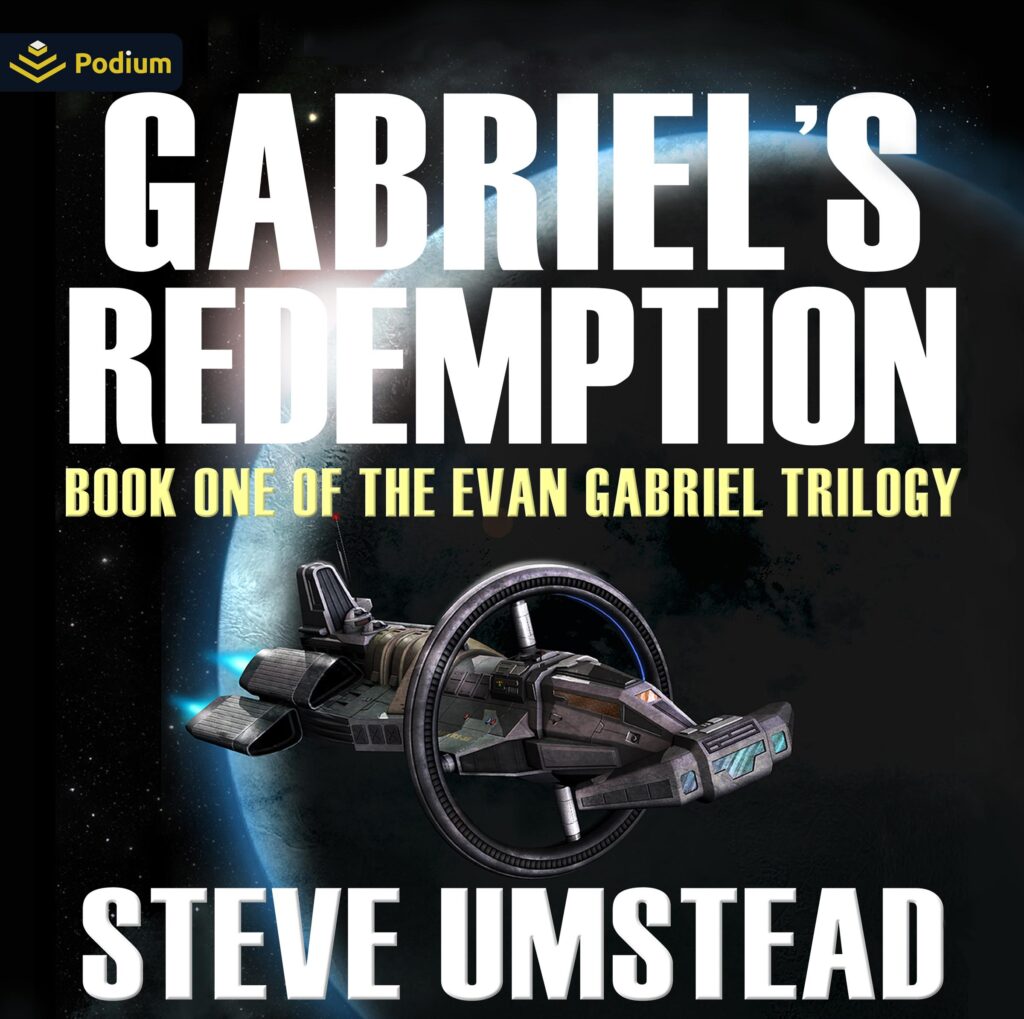 "A cast of interesting and believable characters and a plot that kept me listening…I enjoyed the author’s take on technology and the political landscape of the future. Definitely recommended!" (Michael R. Hicks, bestselling author of the In Her Name science-fiction/adventure series and the bestselling thriller Season of the Harvest).
North American Federation Navy Commander Evan Gabriel was dishonorably discharged after a disastrous mission on a far off world called Eden. He’s spent the last five years hiding from his past, from those responsible for the failed mission, from those responsible for running him out of the Navy, and from those originally responsible for making him into who he was – a highly-trained, physically and mentally augmented Special Forces soldier.
Two mysterious visitors appear unannounced at the door of a Gabriel’s seedy hotel room in the slums of Jamaica. His past has finally caught up with him. From the decaying Caribbean to politically charged South America, from the back alleys of Mars to a tiny colony on a planet 600 light years from Earth, Gabriel’s Redemption is a near-future military science-fiction story of a personal journey seen from the perspective of a soldier who has lost everything – one who desperately needs to redeem himself not only in his government’s eyes, but also his own. Interstellar action and political intrigue mix with one-on-one battles on the surface of a frozen planet in Book One of the science fiction-adventure trilogy.