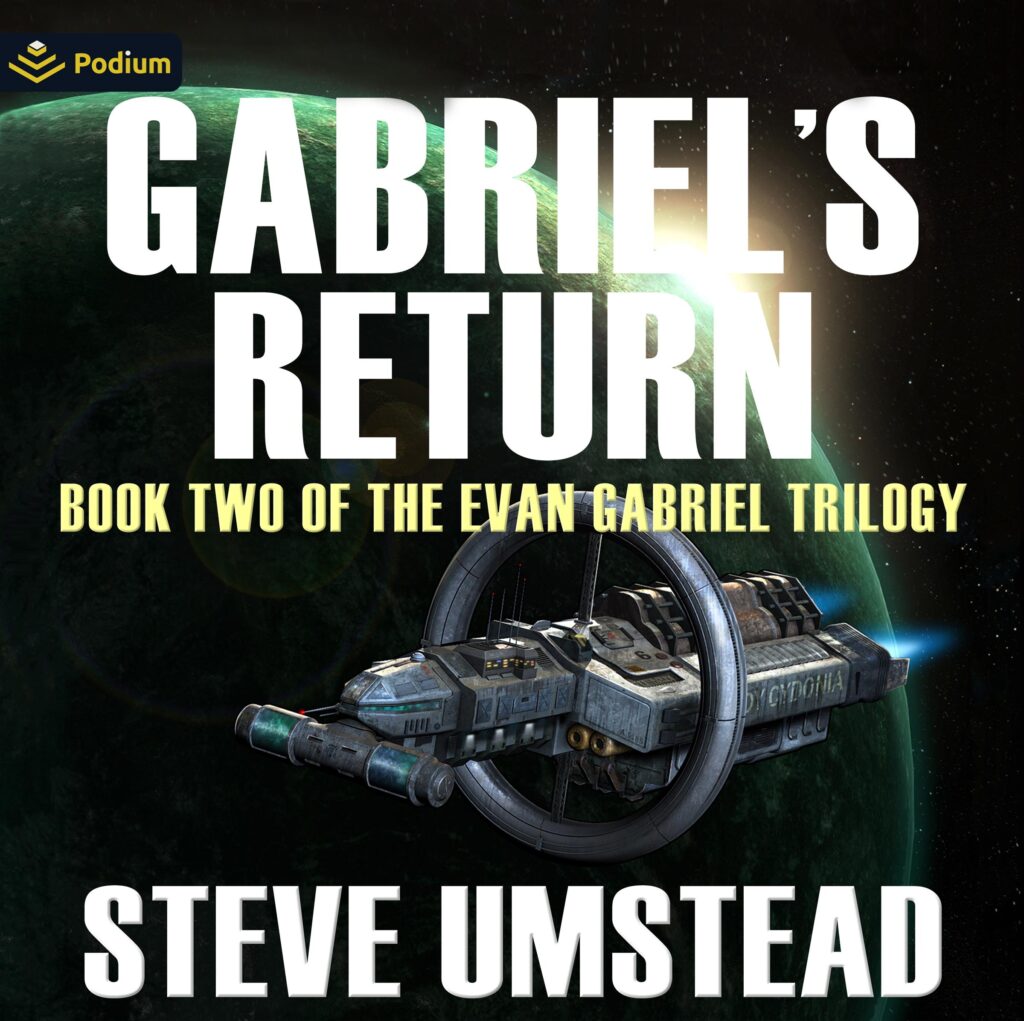 Gabriel has always been haunted by his past. Now he must face his past once again.
On the far-off icebound planet of Poliahu, North American Federation Navy Commander Evan Gabriel suffered the loss of several team members in order to free a native species and save his brother. Now he is being called away on a new mission by a friend in trouble, and by a name from his distant past. He and his surviving team must again travel across the galaxy, this time to the world where he lost his naval command, and his original team, so many years ago: Eden. Gabriel will face three distinct threats on Eden: the well-armed terrorist group that has been raiding Eden City, the deadly flora and fauna of the planet itself, and perhaps most ominously, his own haunting memories of his past.
Gabriel’s Return continues the epic science fiction adventure trilogy with characters new and old, advanced weapons and technology, devious political intrigue on the moon and Mars, and deadly jungle combat on the unique planet of Eden.