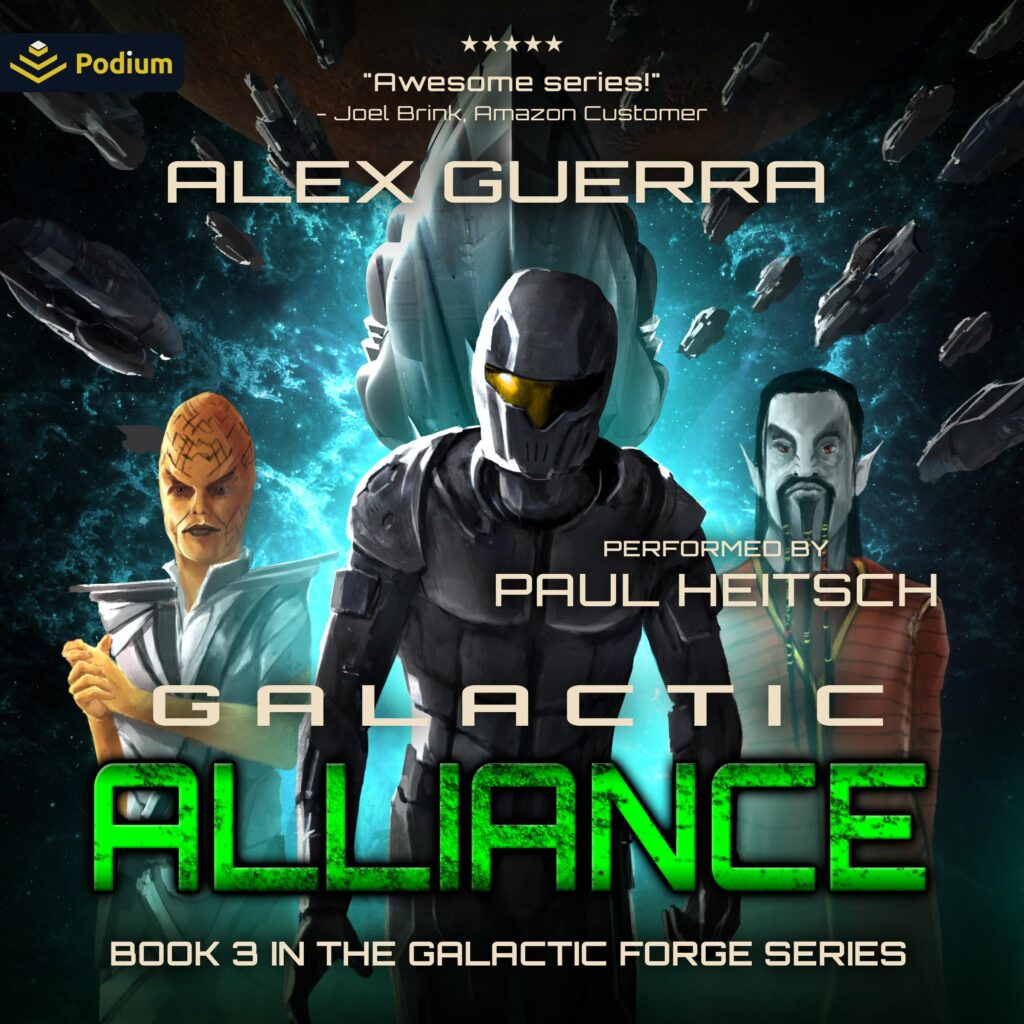 While the Galactic Conglomerate continues to fight the rising Darkkon threat, a working Yau A.I. is recovered from the wreckage of the recent battle, and it is the one lead the team has to dig deeper into the heart of the enemy’s operation.
Meanwhile, a treaty with the Vael Empire – the long-standing enemy of the conglomerate – may be the galaxy’s only hope of defending itself against the Darkkon and their growing aggression. Pride must be swallowed and differences set aside to join forces in an alliance.
The alliance grows their armies and fleet at a blistering pace, catching the enemy off guard. Just as they think they’ve discovered how to take out the enemy, new information comes to light that may not only put a stop to the alliance’s efforts and change everyone’s life as they know it.