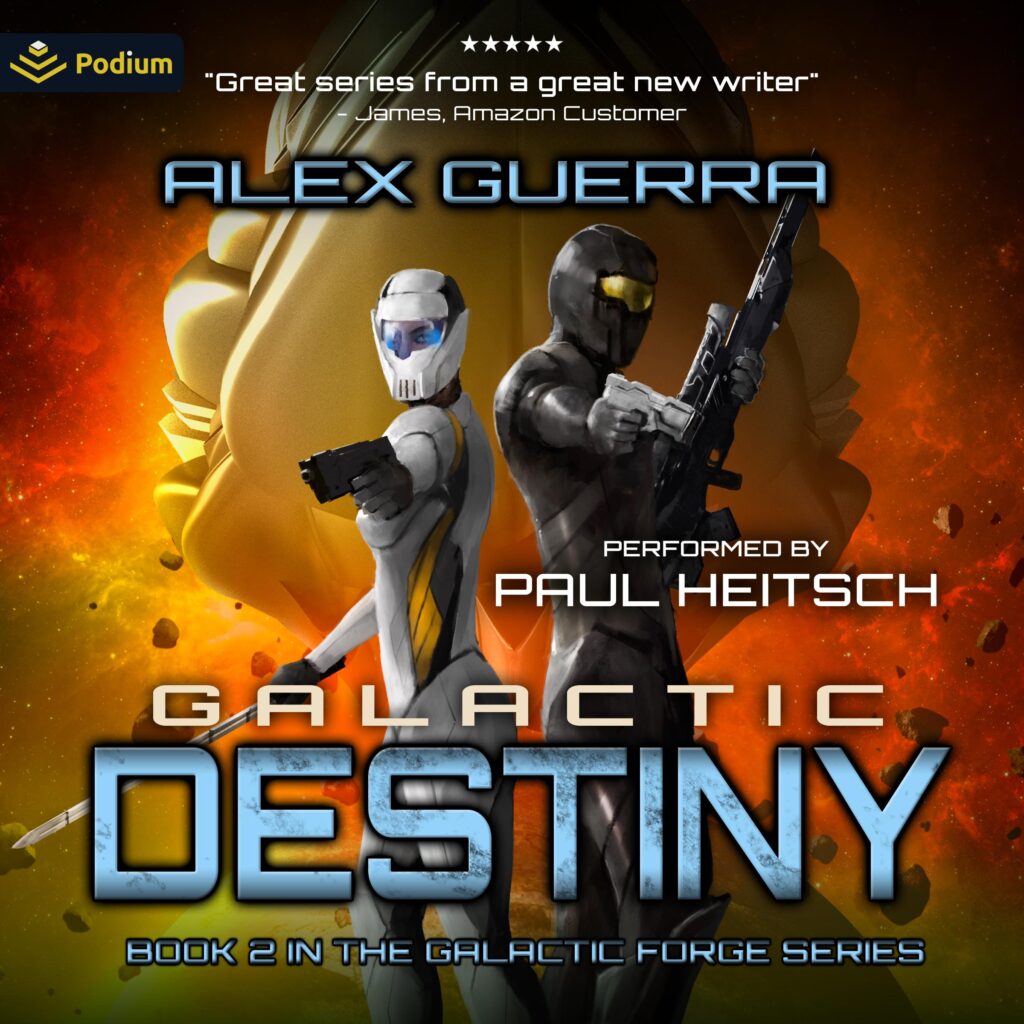 War is imminent.
After a successful rescue of his comrades and a narrow escape ahead of the Darkkon invasion of Vallus, Art and the team must head to the planet Fengar, in the heart of the Galactic Conglomerate, to bring news of the attack.
Midway through their journey, Art’s team is intercepted by a Special Operations Darkkon ship and thrown into a vicious battle. Boarding the enemy ship, they come across a rare, ancient piece of Yau technology believed to have been infinitely lost – but it’s not the only Yau technology at the enemy’s disposal.
As the Darkkon Empire ramps up their attacks, the technology must be replicated and put into mass production to give the Galactic Conglomerate a fighting chance against the empire before it’s too late.