Gateway to the Galaxy

Gateway to the Galaxy, Part 2 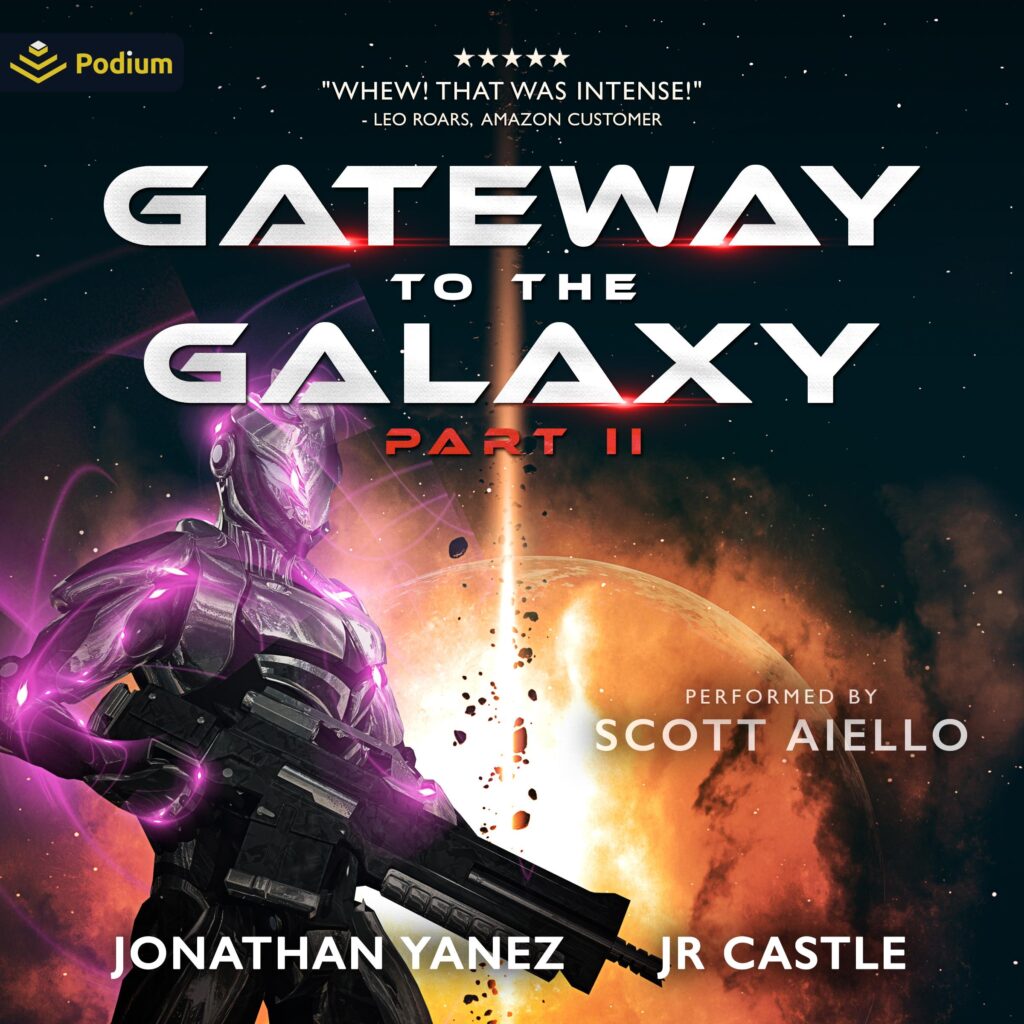 Gateway to the Galaxy, Part II contains Face Toward Enemy (book 4), Rise Up (book 5), and Do or Die (book 6 of the series).
He saved the universe from chaos. And it’ll come back to haunt him.
Just when you thought it was safe to explore the universe, a new enemy emerges from the darkness. You know the deal with these things: someone’s always ready to put on the gauntlet and do the finger snap.
All Frank wants to do is rebuild the Arilion Order and eat tacos. No such luck. A new enemy is going to give Frank and the rest of Marine Space Corps-1 a run for their money.
A ghost from Frank’s past has returned, and with his Arilion powers tested, this mission will be his greatest challenge as a man, as a leader, and as a Marine.
It’s time for a reckoning.
A swashbuckling space adventure in the likes of Edgar Rice Burroughs’ A Princess of Mars and the action found in JN Chaney’s Renegade Star.