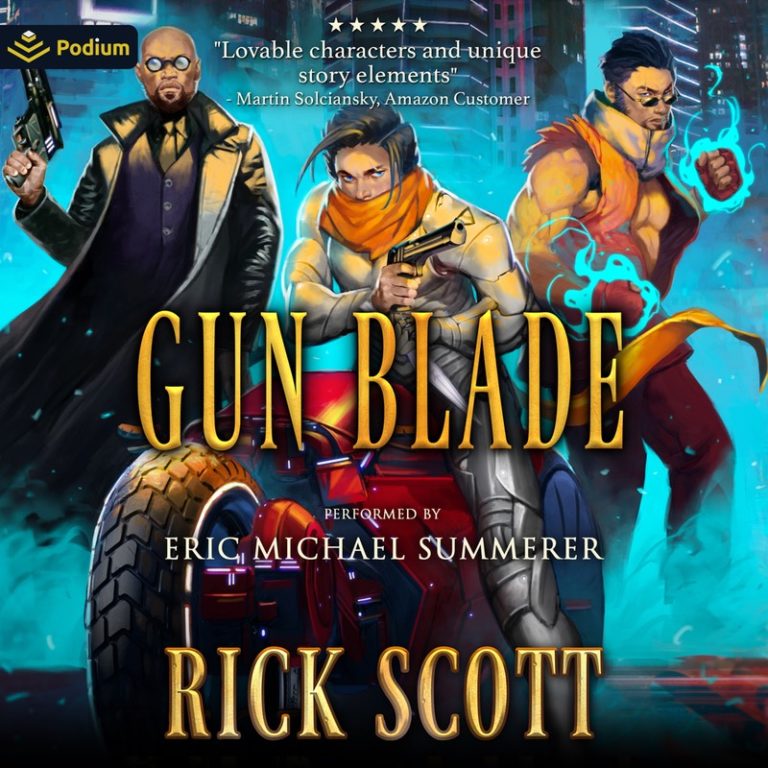 WARNING: Massive spoilers ahead unless you’ve listened up to this point! You know the deal: Go listen to the rest of the series first and come back for more!

In the future … only the strong survive …

New London — a city of wondrous technology, where cyborgs and androids reign, and the fate of many is decided by bloody PvP. But this violent metropolis may also hold the secret to the true location of Citadel and Reece and his friends are running out of time to save their home.

With Gilly and Becky now saved from the Labyrinth, Reece turns his attention to the original mission of saving Citadel. But in order to discover it, they’ll need to leave the fantasy realm of Nasgar and cross the wild to explore a harsh and futuristic dystopia in hopes of accessing the archives that may lead them to their home. But as they face powerful enemies, a blood-thirsty AI and challenges like never before, a dark secret from Rembrandt’s past threatens to bring it all undone.

But before even that, Reece will need to face his own demons from the past, and an arch nemesis who still stands in his way.

Join Reece as he uncovers more mysteries within the Crystal Shards and confronts the strange new enemy that threatens both it and his home. In order to defeat them, he’ll need to unlock even more powers within the gameworld and grow into the man and leader that his team needs him to become.

WARNING: Contains RPG mechanics, detailed party combat and giant boss fights. If these things do not interest you, then this is not the book for you!