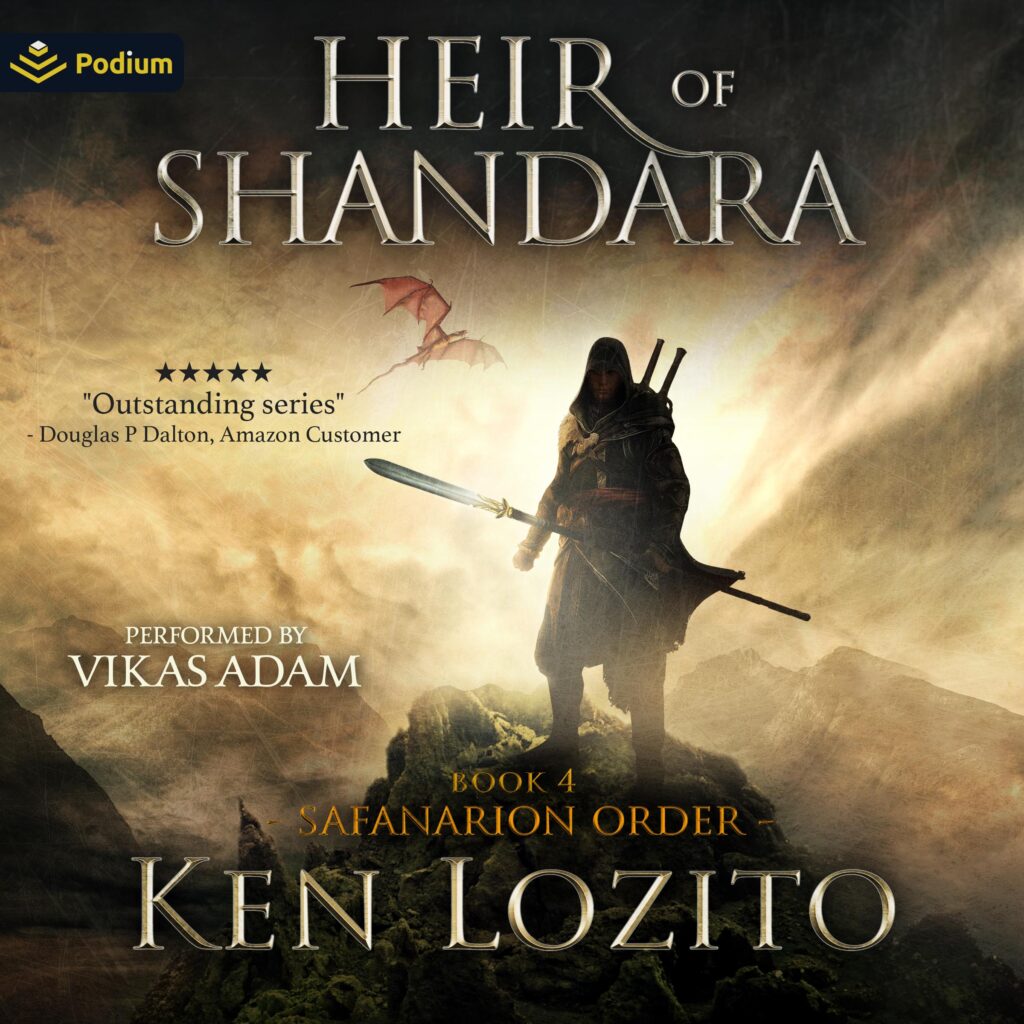 Two warriors separated by time must sacrifice everything to preserve Safanar.
Aaron and Sarah have defeated the High King, but the danger of war is far from over. As they relentlessly hunt down rogue Elitesman strongholds, they know General Halcylon and the Zekara won’t stay in hiding for long. Battles of terrifying proportion are imminent, and it will take the combined forces of all the kingdoms to stop the Hythariam army. Little do they know that their actions could have disastrous and apocalyptic consequences.
Forty years in the future, Bayen is brought out of cryostasis to a hellish, war-torn world on the brink of destruction. Everyone he knows and loves is dead, but hope remains. The cruel and gritty future of Safanar can be averted if Bayen travels back to protect the most heinous villain in recorded history. Both failure and success may end his life, but victory alone will prevent the end of the world.
Heir of Shandara is the fourth installment in the Safanarion Order, an unconventional fantasy series that mixes sword and sorcery with science fiction. Fans call the gripping series "simply amazing", as they keep coming back for edge-of-their-seat action, cosmically generative imagination, and unforgettable entertainment.