Her Soul for Revenge | Podium Audio

Her Soul for Revenge 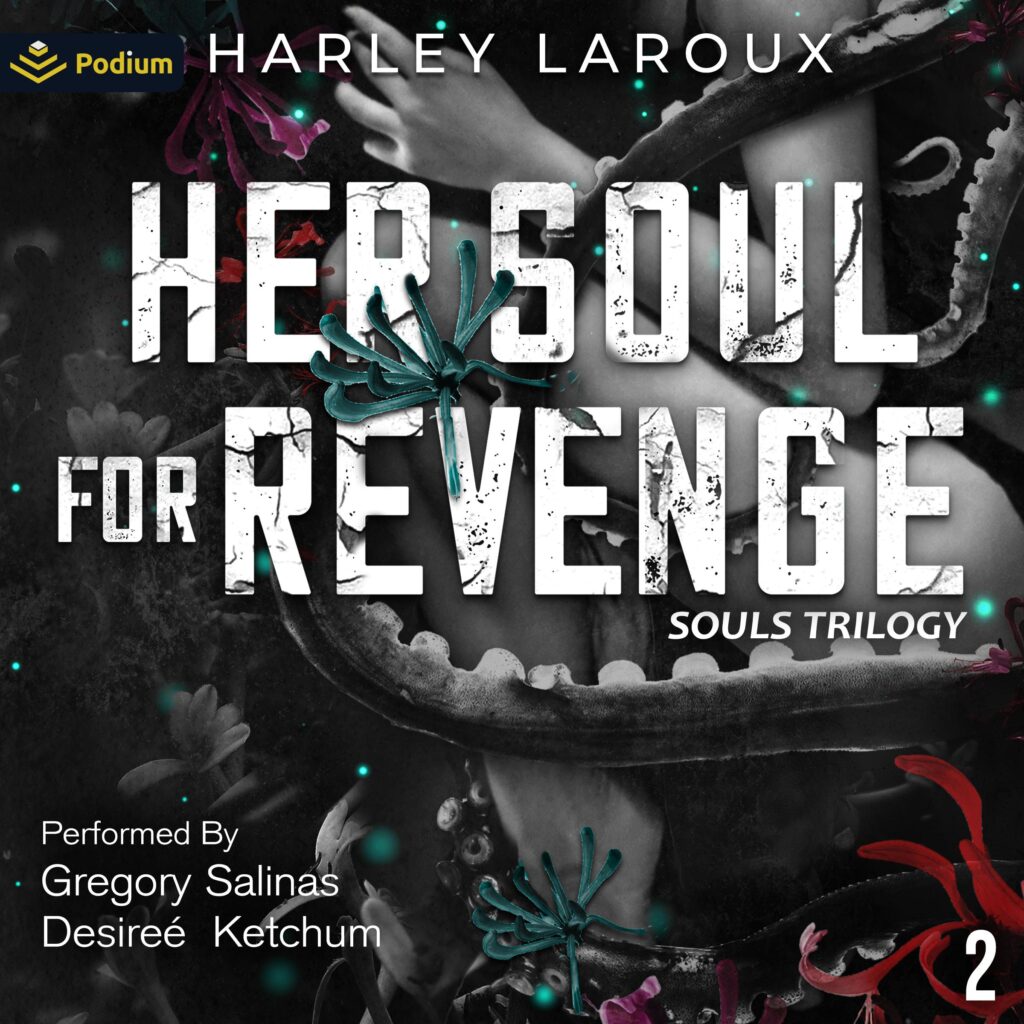 Juniper
After a cult tried to sacrifice me to their wicked God, I went on the run, doing whatever was necessary to survive. Until a demon offered me a deal: give him my soul and he’ll help me claim the vengeance I seek. Blood will be spilled, and the monsters I once ran from will soon be running from me. But damning my soul was just the beginning; it’s my heart the demon wants next.
Zane
I’ve been hunting souls for centuries, but she’s the ultimate prize. Vicious and feral, she has a broken soul as dark as my own. I thought claiming her would be a simple game, but Juniper is far from simple. I chose to follow her on a path drenched with the blood of her enemies, but it’s our blood that may be spilled next. As an ancient God wakes from Its slumber, neither of us may survive.
Her Soul for Revenge is book two in the Souls Trilogy but can be listened to as a standalone. It contains sexual scenes including kink/fetish content, horror elements, drug use, scenes of trauma, anxiety, and PTSD.

Harley Laroux is a writer of Dark and Paranormal Romance. She enjoys writing wickedly steamy scenes, creepy atmospheres, and dangerous characters you can't help but fall for. She's assisted by her three cats, who don't know how to spell but offer great emotional support. She's a horror movie fiend, candle aficionado, and house plant enthusiast.