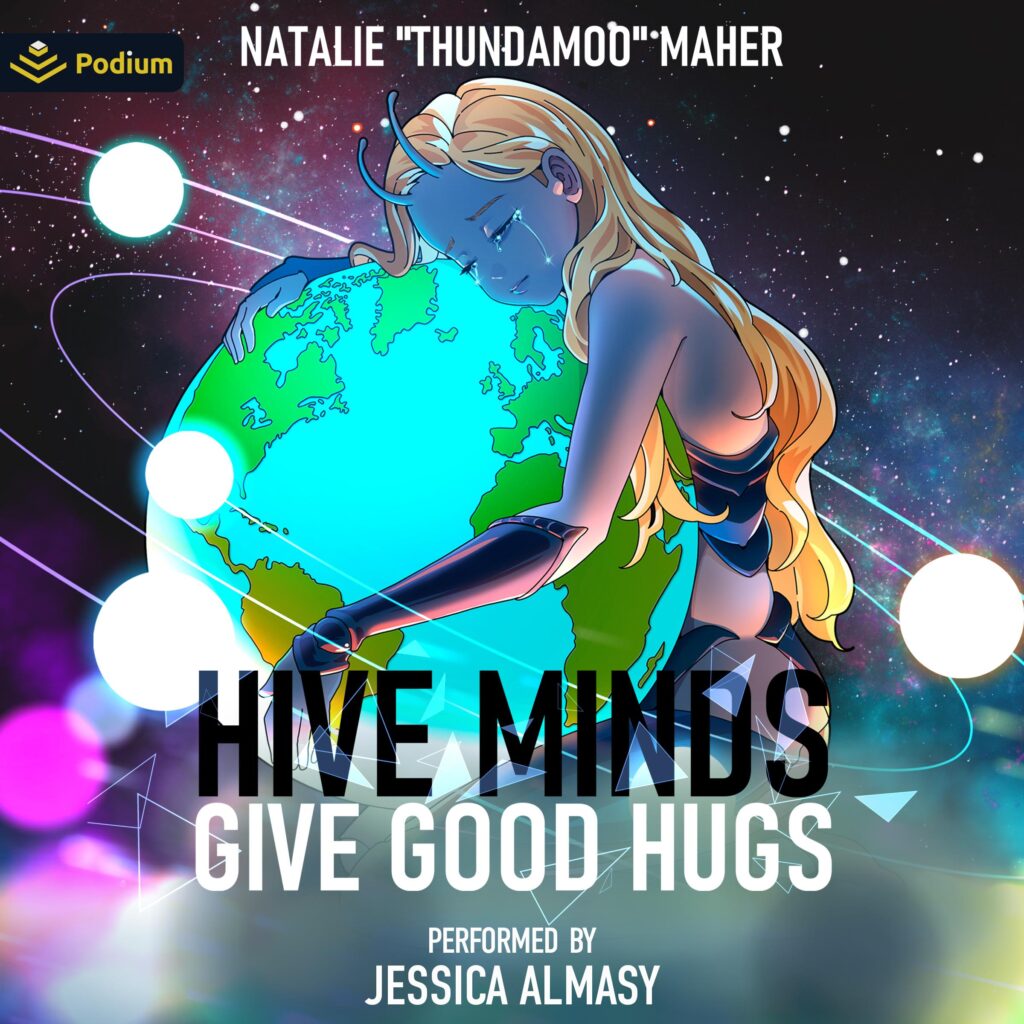 Dorky, socially awkward entomology student Evelyn wakes up one morning to find herself as some sort of alien-human hybrid trapped on an unknown planet.
Once the initial panic winds down, she quickly learns she’s capable of producing more of herself: additional bodies all sharing one mind. Being well-versed in sci-fi tropes, she quickly resolves to not devour the planet and turn into an unflinching biological armada, and instead uses her new powers to try and help as many people as possible.
Unfortunately, it turns out that helping people is often very, very difficult. With dreams of Earth filtering into her mind as she sleeps, the mystery of what she is and how she got here slowly comes to light while her power and responsibility grows ever larger.
For an anxious young woman who was already struggling to get by in a normal life, it all feels like a bit too much.
Hive Minds Give Good Hugs is a story about mistakes, difficult choices, neurodivergency, and cool alien ecology. It’s a very human story, even though Evelyn might never be one again.