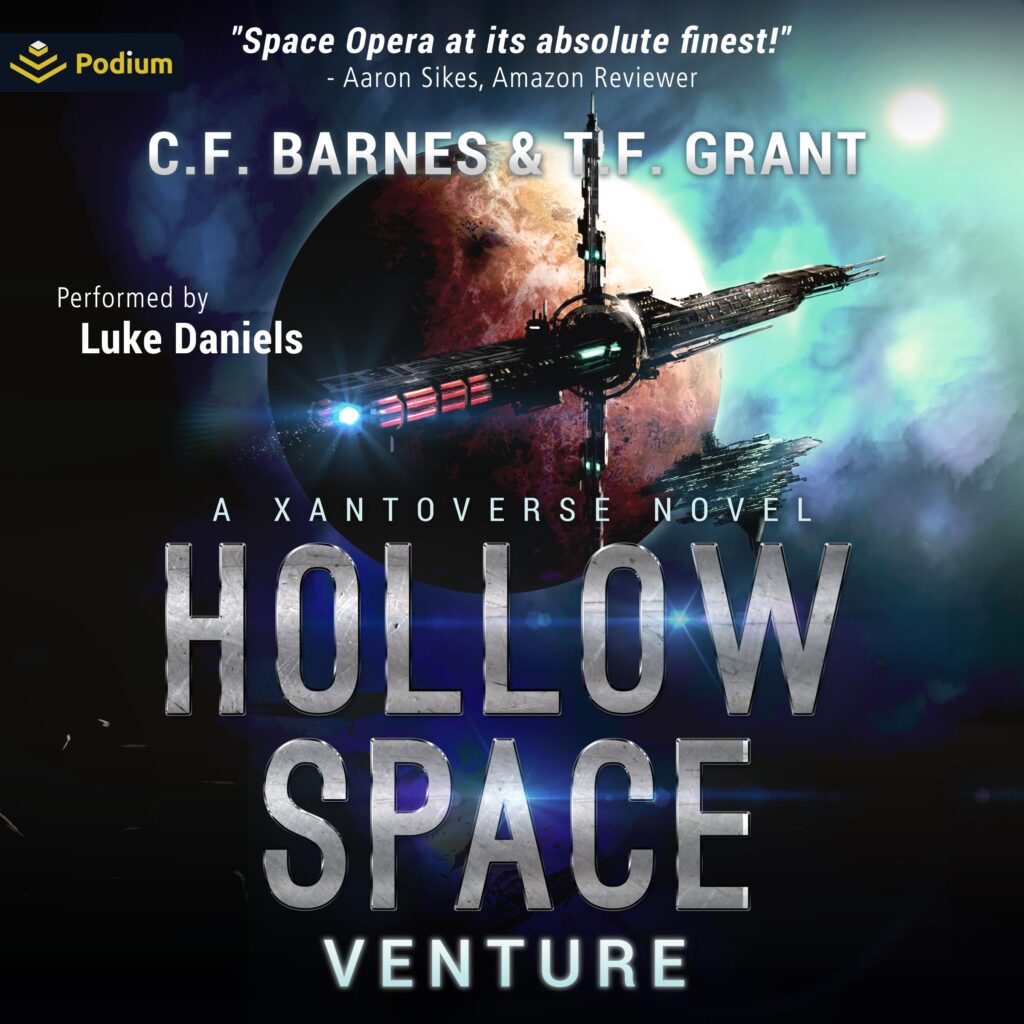 Forced to hyperjump during a brutal ambush, Sara Lorelle, navigator of the Venture, the last human colony ship, discovers a terrible truth: They’ve jumped to somewhere that shouldn’t exist.
Trapped inside a pocket universe known only as Hollow Space, where technology inexplicably fails, Sara and her crew have to face the lethal politics of their only destination, Haven – a decrepit station, home to deadly aliens and rival factions that soon sees the Venture crew up to their necks in danger.
With their only hope placed in Tairon Cauder, a reckless scoundrel, they will battle impossible species, confront their fears, and uncover ancient and terrible secrets. In a place where those who shoot first live the longest, the Venture crew will have to push their limits if they are to save themselves and the human race from extinction.
Hollow Space: Venture, a Xantoverse novel, will delight those who relish high adventure, high stakes, and low morals. For fans of Firefly, Battlestar Galactica, and Deep Space Nine.