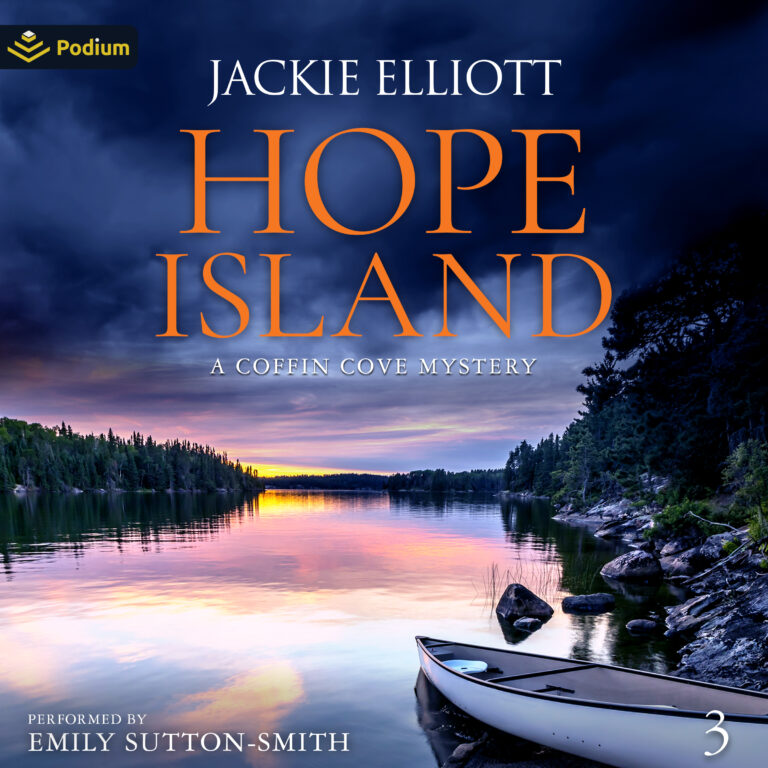 Discover a web of murder and mystery laced with humour and a thread of romance in this fast-paced whodunnit set on the gorgeous coast of Western Canada.

Andrea “Andi” Silvers is starting to feel like this tiny fishing village of Coffin Cove, on the Vancouver coast, just might be home. She’s living with Hephzibah and sort of dating Harry. Her job at The Gazetteis going well. Things are looking up.

Then, the body of a young woman is found on nearby Hope Island, where Hephzibah and Harry’s mother moved to when they were children. Andi sets out to get the scoop on the story. She wants to be the one to identify the body and to find out what happened.

Meanwhile, Inspector Vega is on holiday in the Yukon, and finds himself caught up in a murder investigation there. A woman has been killed and her husband clinging to life in hospital. It soon becomes clear that there’s a link to Coffin Cove. The man grew up there and left after his first wife disappeared.Could the body found at Hope Island be his missing wife?

The stakes ramp up when Harry and Hephzibah’s dad is discovered murdered on his boat. Did he know something he shouldn’t?

The deeper Andi digs, the more dirt she uncovers. But are any of them ready for the truth?