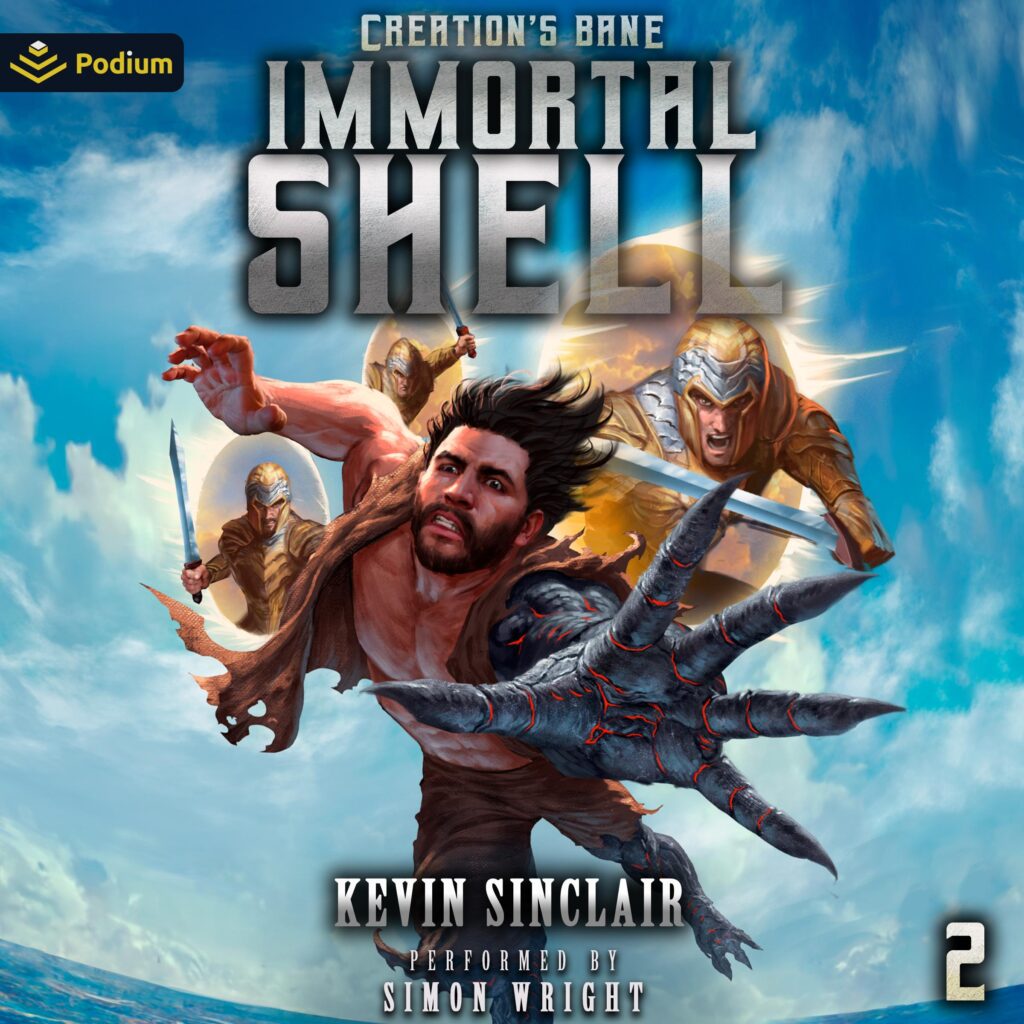 It took everything to defeat the feared Natom Hilgresh. Turns out, that was the easy part.
Now the clock is ticking for Clive to return to Far Reach and prepare for the second coming.
Of course, it isn’t exactly a Sunday stroll. Navigating unforgiving terrain across the war-torn country of Kalabri, the vast armies of Destruction and Justice swarm the land, killing everyone in their path.
But there is strength in numbers and by offering a safe haven to those displaced by the carnage, there’s a real chance of binding them together into a force dangerous enough to slaughter its way home.
For if there is one thing you can say about war, if it doesn’t kill you, it will give you plenty of XP.
_Immortal Shell _is a LitRPG/GameLit portal fantasy set in a chaotic land ruled by ruthless Gods. It is complete with game mechanics, progression system and empire-building. A place where demons, werewolves, dwarfs, and elves roam. Warning: Despite their best efforts, these individuals are driven by anger, fear, and lust, and as a result their journey is full of dark humor, violence, and profanity.