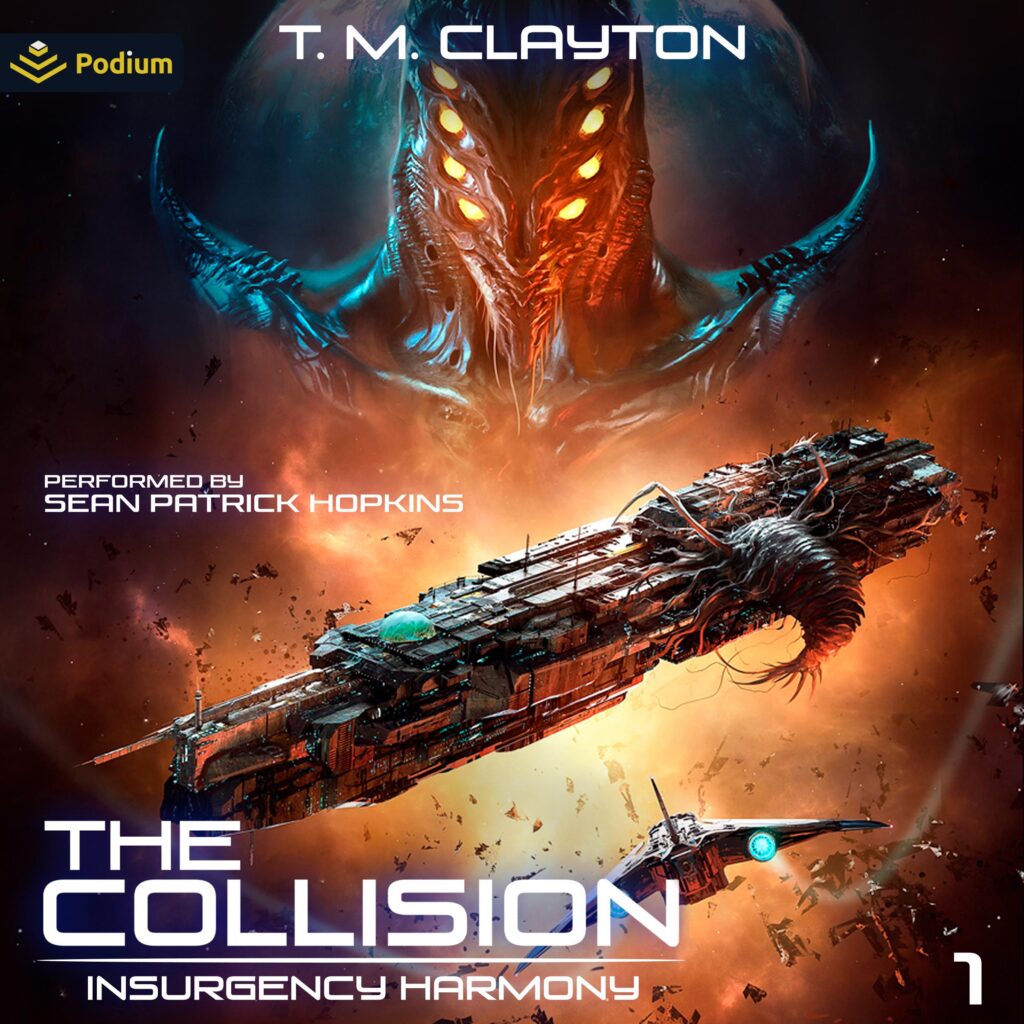 Three unlikely heroes must navigate a minefield of conspiracy and strife to stave off interspecies war in the first book of a thrilling space-opera series.

The Novara. Our last hope. Built to deliver two million souls from a solar system in disarray, the colossal ark ship set off into the endless night with the hopes and dreams of the human remnant. They would find a new home. A new Earth.

The Novara’s descendants—those promised a green Eden—live a ship-bound life. But it is not the isolated existence their ancestors had envisioned. One hundred and twenty-nine years ago, there was a collision, a devastating encounter that answered one of humanity’s oldest questions . . . We are not alone.

The arrival of a parasitic warship of unknown origins brought the Novara’s expedition to a cataclysmic halt. Now, after more than a century of tenuous peace between the human remnant and the alien occupants of the Devourer—a peace threatened by a crippling inability to communicate and a rise in attitudes of human supremacy—it is up to a new generation to steer the course while stranded among the stars.

As malevolent forces stoke the fires of division and bring the _Novara _to the precipice of war, the fate of millions is in the hands of a mere three. But can the wealthy son of an esteemed councilman, a fearless smuggling captain, and a grizzled marshal survive the maelstrom long enough to make a difference?

Filled with twists and turns, newly forged friendships and broken alliances, _Insurgency Harmony _is a tour-de-force start to a brilliant, character-driven, deep-space sci-fi series, perfect for fans of Firefly, Mass Effect, and The Expanse.