Into the Stars | Podium Audio 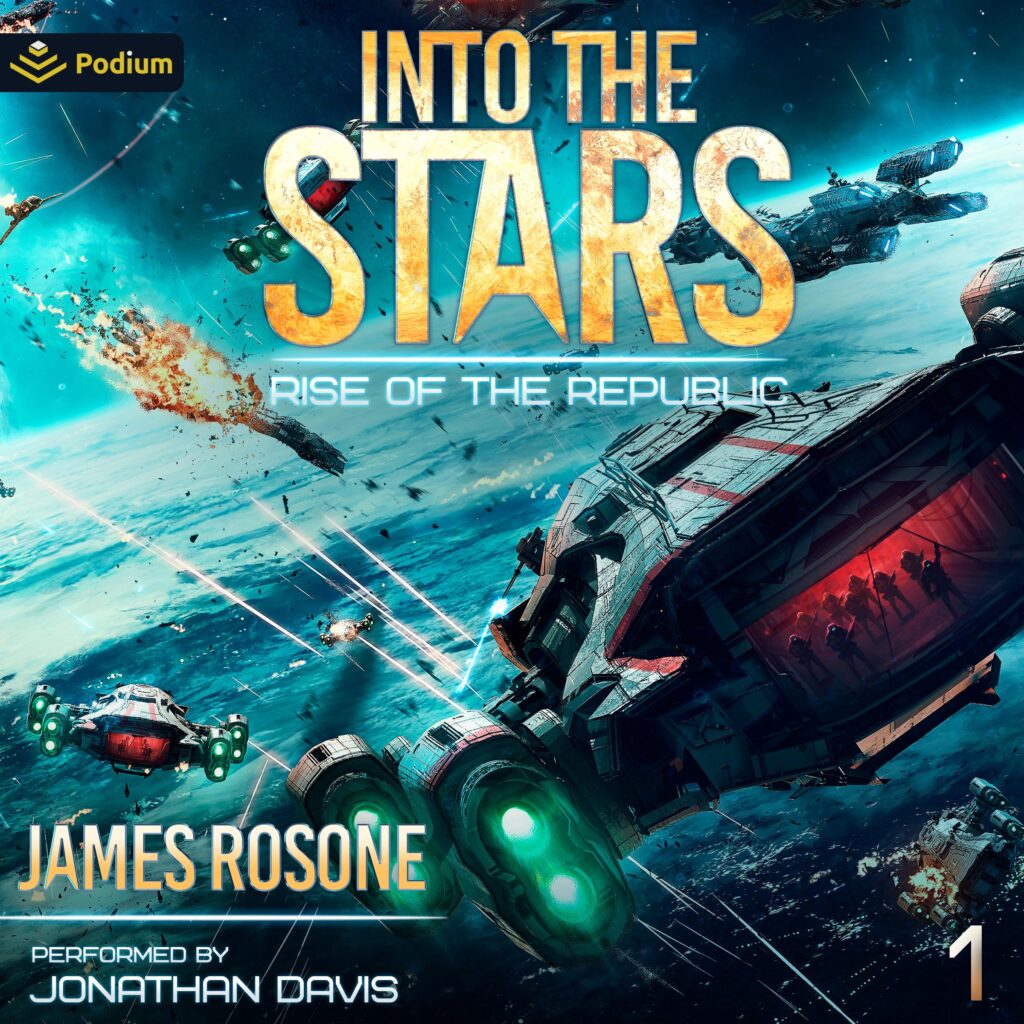 The stars are within mankind’s reach…but what awaits in the void may end humanity.
Mars and the Moon have been colonized, piracy runs rampant in the asteroid belts, and a thriving society grows in the depths of space. Humanity prepares to embark upon its greatest journey – the colonization of Alpha Centauri.
Then, everything changes. A deep space reconnaissance probe discovers a new Earth-like planet 12 light-years from Earth’s sun. The probe also finds something unusual, something…unnerving. A new mission is created, a space fleet is formed, and humanity embarks on unravelling the greatest mystery of all – the origins of life itself.
Can the factions of Earth remain united, or will old rivalries and animosities destroy the fragile peace in the face of this terrifying existential threat? Will exploration prove to be a fatal mistake?
If you love new technologies, fast-paced action, and gut-wrenching turns of fate, you’ll love this military sci-fi series.