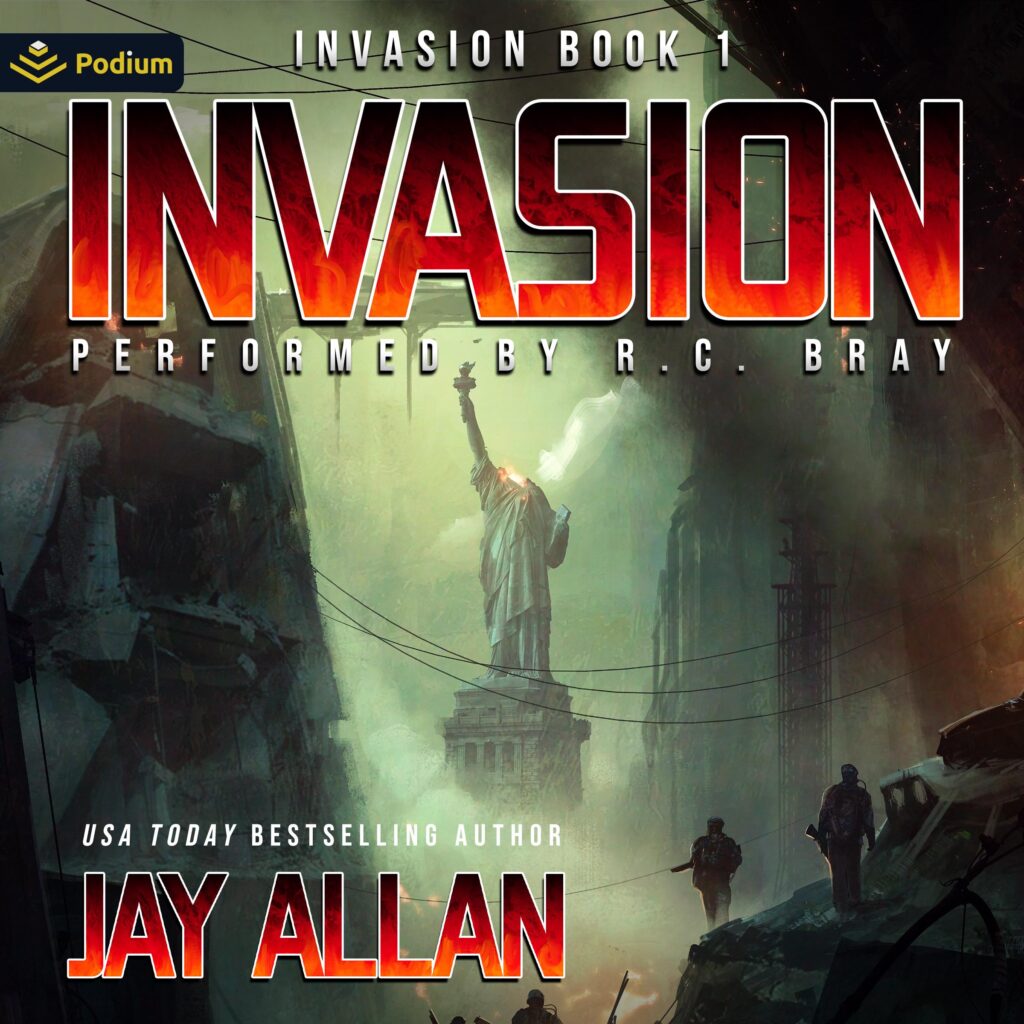 The future. It holds all sorts of positive potential…technological advances, increased life expectancy, improvements in society. But there are negative possibilities too, and perhaps the worst of these is the arrival of an alien race…not just anyone, but a hostile one, intent on conquering humankind.

Hugh McDaniel lives in Queens, New York. He is a genius, and he has been struggling to pick one area to focus his life’s work on. His brother and best friend, Travis, is a Marine officer. They get along very well, despite the differences in their lives, but when the aliens suddenly invade and destroy their entire culture, they are forced to struggle in the ruins, at first just to survive, just to find basic food and medicine. But soon, they set their sights on more…on resistance, and on reclaiming their planet from the invaders.

The path is a long one, and almost impossibly difficult, but they begin their journey, finding other survivors and searching for food, medicine…and weapons. The enemy does not remain silent for long, and they start sending missions into the ruins, seeking to gather the humans, to carry them off for whatever purposes they have. Hugh and Travis lead a constant battle, a fight against the enemy that will not end, that cannot end, until only one side remains.

The aliens send more and more robots to New York, and the McDaniels and their followers dig in to resist viciously. But amidst the almost constant fighting, they also mount their own mission, to seek out and explore, to determine what it is the enemy truly wants.

The invaders finally launch a massive attack, large enough to utterly destroy the humans in New York, but Hugh has a forlorn plan, a way to, just maybe, defeat the assault. But while he is frantically preparing his crazed operation, Travis is leading the desperate mission to find the enemy, to discover what they really want. And when he does, it is more terrible than anything he had ever imagined. He tries to return home, to bring the news to everyone that the engagement between humans and aliens is absolutely a fight to the finish, that surrender isn’t even a possibility. But will he even have a home to return to?