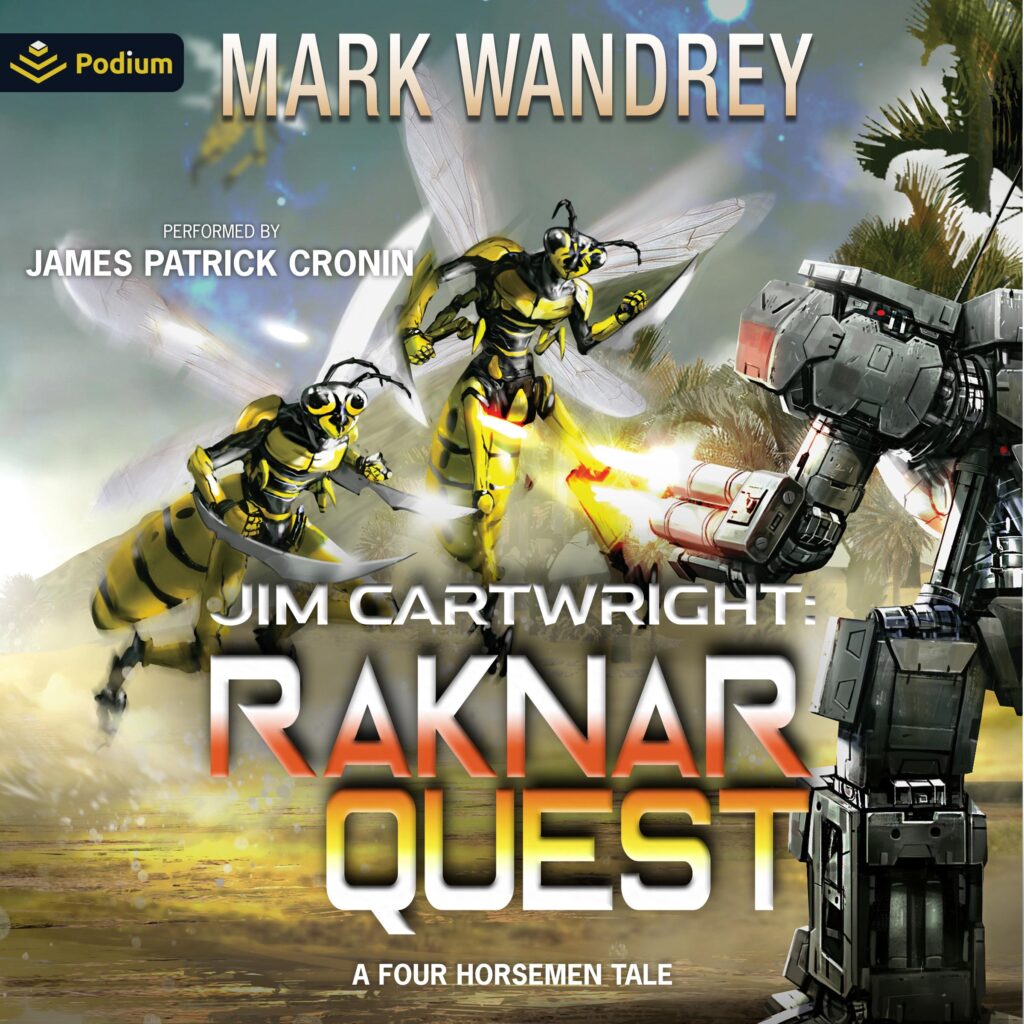 Having successfully saved Cartwright’s Cavaliers from bankruptcy, Jim Cartwright has a new quest – he wants to know more about Raknar.
Unfortunately for him, the secrets of the giant machines appear to have been lost to antiquity. Still, he has to try. After returning from a lucrative contract, he secures a base of operation for his Cavaliers in the Karma system, then he sets off toward the galactic core. It’s something he feels he needs to do by himself, so he leaves his overprotective mentor Hargrave behind.
Can Jim and Splunk find the answers to their questions on their own? They need to know how to maintain the massive Raknar and where they can find more…and they need to know now. The towering 20,000-year-old war machines could give humanity an edge against the contentious Mercenary Guild…but only if he can get the information he needs.
Jim’s heading for more trouble than he bargained for, though, and there are many people who want to stop him and see his quest fail. Few answers await, and there are many new adversaries in his path. At the end of his journey, war looms, as well as a long-lost mystery from his past.
_Author’s note: _This book represents a collection of short stories that have been modified into a novel format. Five of these shorts were written as the parts of an overall story – chapters if you will – of this book, from the Jim Cartwright at Large serial (_Karma Upsilon 4, Valley of Loss, Empire of Machines, Eye of Minerva, _and Hunted). Also included are the short stories "Emancipation" and "Inked", which provide the backstory for what Jim did in the time after Cartwright’s Cavaliers and before Omega War.