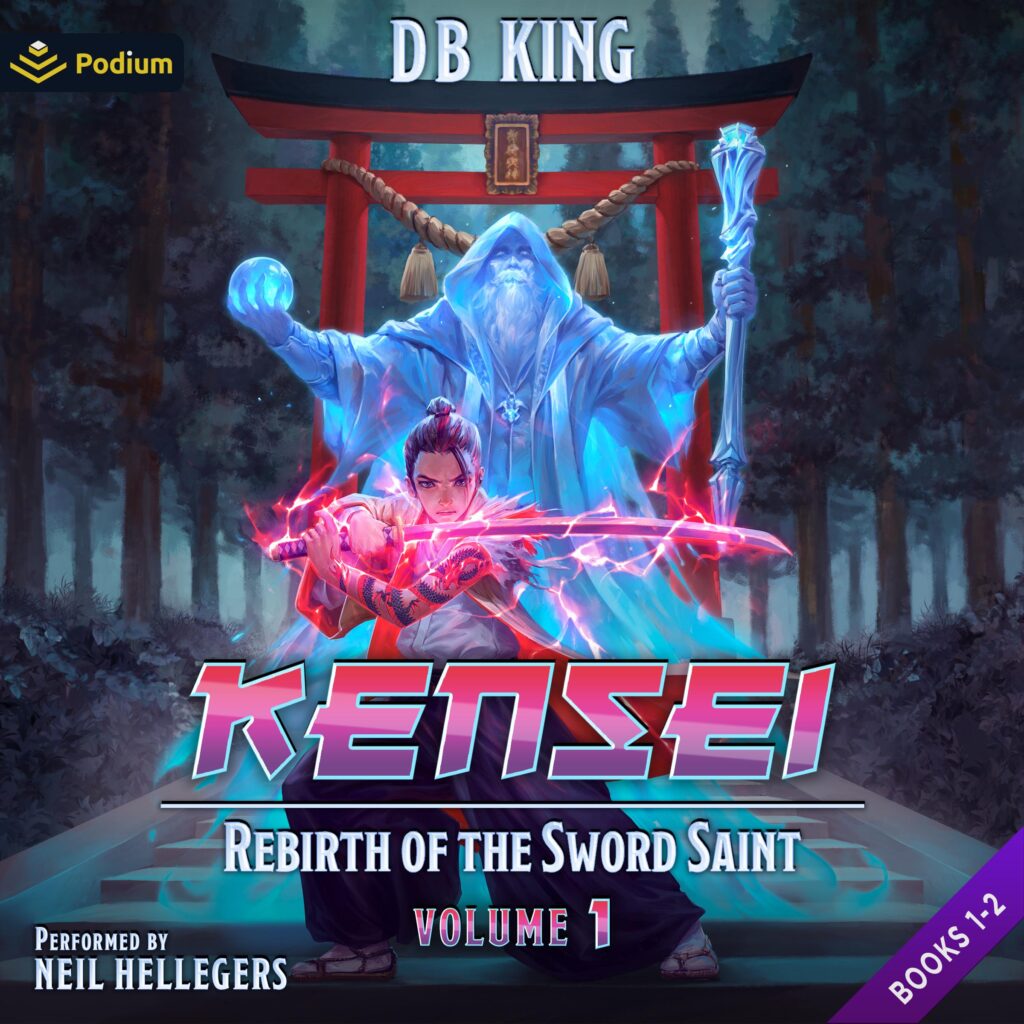 Contains books one and two of the Kensei series.
Rebirth of the Sword Saint, book 1
The Mage-Emperor has another chance at life. He failed before, he will not fail again.
An 80-year-old Mage-Emperor is murdered by his closest companions because of his own vanity and thirst for power. He is reborn into a fantasy Japan-like world as a baby. Using his vast knowledge of magic and strategy from his previous life, he aims to become this new world’s most powerful warrior: the Kensei.
Rise of the Sword Saint, book 2
He was once the Mage-Emperor, but now he is Murasaki Jin. vHirata, now safe from the Wendigo, is undergoing significant changes under Jin’s guidance. Jin has brought technological and martial advances unlike anything scene before, all taken from the knowledge of his previous life. But there are enemies lurking in the shadows, and if Jin and his new home are to be prepared, it will require training another become a mage: Toyotoda Ebisu.
Jin will have to take Ebisu into the realm of Magical Beasts so that the boy can find his own bonded monster. But the monster Ebisu finds carries its own secrets.
This reincarnation story features the use of enchanted tattoos crafted from magical beasts, martial arts, empire-building, and light cultivation elements. The main character is hyper-intelligent and hyper-competent.