Kept from the Deep | Podium Audio

Kept from the Deep 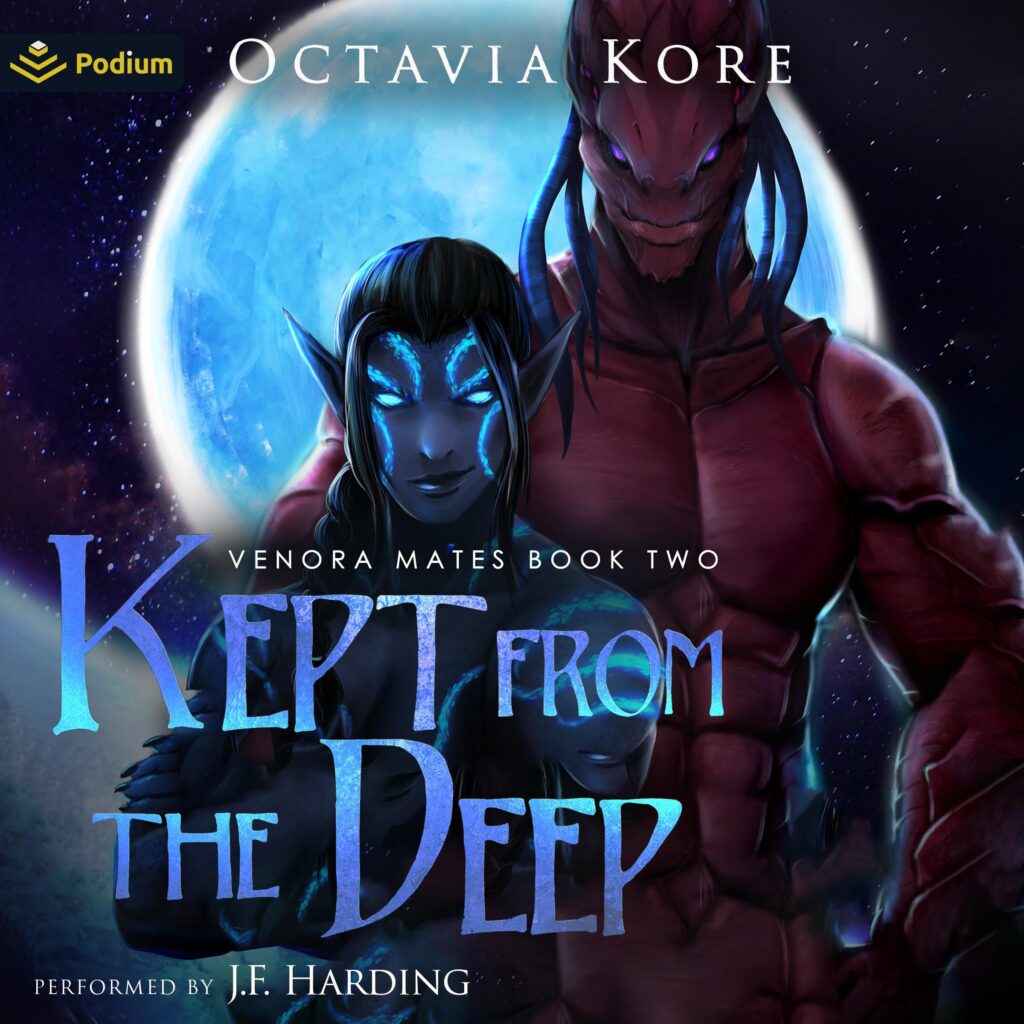 A forgotten past, a tormented present, and a future in jeopardy.
She’s been abducted from Earth, experimented on in the Grutex labs, and thrown into the path of not just one massive alien mate, but two. As a Filipina nurse living in America, she isn’t a stranger to adapting to unusual situations, but nothing could have prepared her for what’s to come.
He’s hidden behind a mask of humor his entire life, but the fierce little female who holds Brin at gunpoint the very first time they meet, and the haunted Grutex scientist, can see right through it and into the depths of his soul where he keeps his darkest secrets. He never wanted to find them, but now that he has, Brin will do everything he can to protect them.
He was supposed to oversee their care, but he wasn’t ever meant to feel anything for the human test subjects. Unlike the rest of his kind, Nuzal finds himself feeling sympathy and guilt over what’s being done within the labs on the Grutex ship, but he never in his wildest dreams expected to feel love.
Will her mates ever be free of their pasts, and will they be able to escape in time to save humanity from the monsters of the universe?
This is an MMF romance with dark tones that may contain triggers.

Born in the Sunshine State, Hayley Benitez and Amanda Crawford are cousins who have come together to write under the name Octavia Kore. Both women share a love for reading, a passion for writing, and the inclination toward word vomiting when meeting new people. Ecstasy from the Deep (From the Depths anthology version) was their very first published work. Hayley and Amanda are both stay-at-home moms who squeeze in time to write when they aren’t being used as jungle gyms or snack dispensers. They are both inspired by their love for mythology, science fiction, and all things extraordinary. Amanda has an unhealthy obsession with house plants, and Hayley can often be found gaming in her downtime.

**J.F. Harding** has narrated nearly 250 titles, including work from Lauren Blakely, S.C. Stephens, and Kim Loraine. His smokey baritone is the cop, the cowboy, the biker, the guy next door...the list goes on. His work spans every sub-genre of romance and erotica, and he's one of the most popular narrators working today.