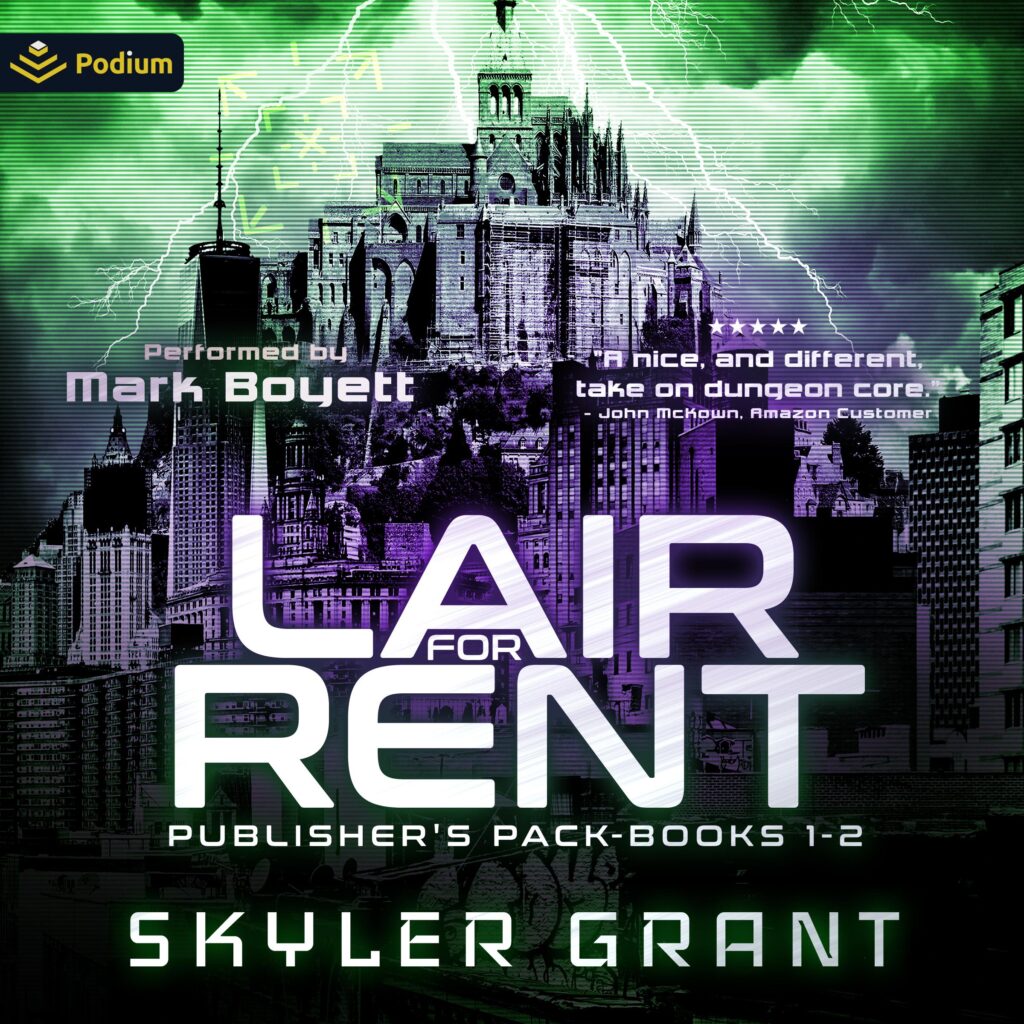 Contains books one and two of the Lair for Rent series.
Lair for Rent, book one:
Walter is an artificial-intelligence accounting software given great abilities in a world filled with super heroes and villains. His goals are simple: build lairs capable of taking out heroes that invade them and to use their loot to help him build a criminal business empire.
Hench for Hire, book two:
When aliens invade the Earth, the heroes and villains must do the unthinkable: team up. More dungeon building and empire building thrills against a new and more powerful enemy. Walter and the team must grow stronger, acquire more resources and alliances, and seize opportunity when it presents itself.