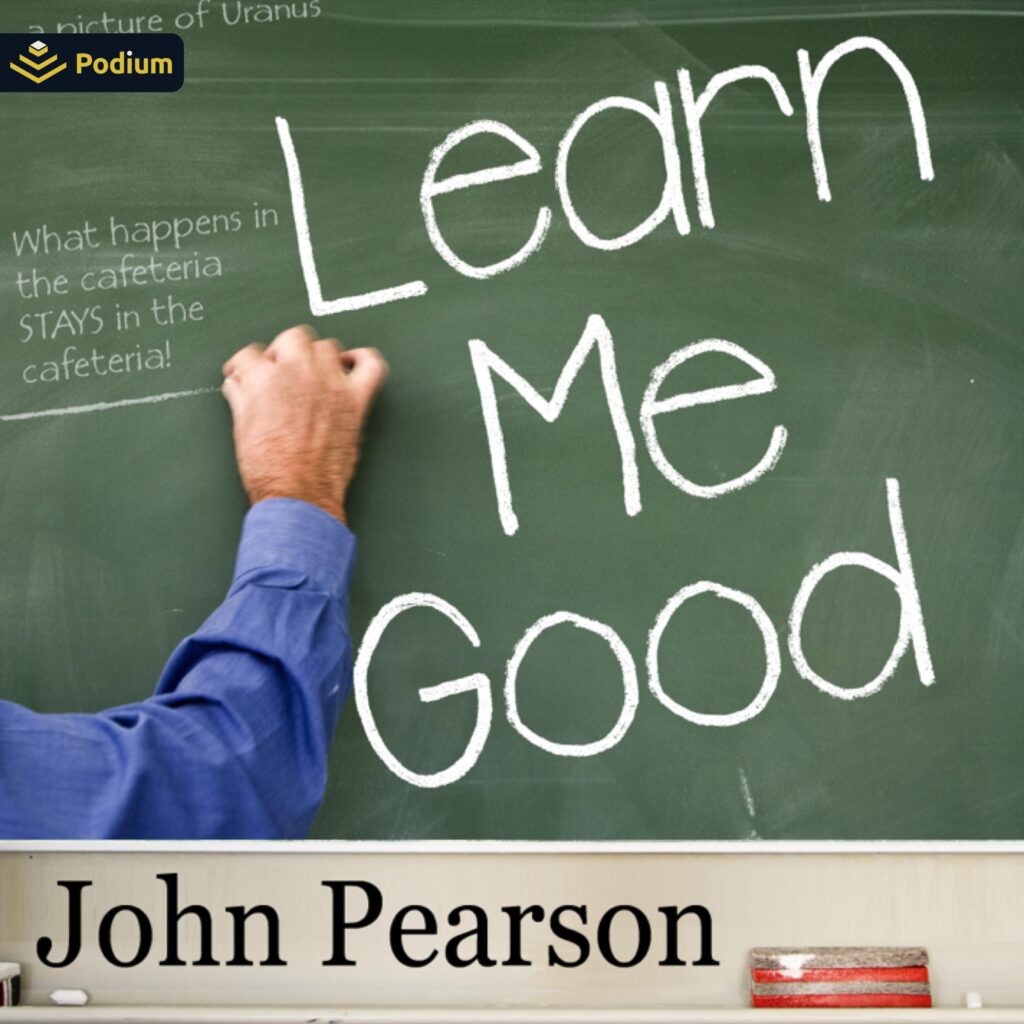 Jack Woodson was a thermal design engineer for four years until he was laid off from his job.
Now, as a teacher, he faces new challenges. Conference calls have been replaced with parent conferences. Product testing has given way to standardized testing. Instead of business cards, Jack now passes out report cards. The only thing that hasn’t changed noticeably is the maturity level of the people surrounding him all day.
Learn Me Good is a hilarious first-person account, inspired by real life experiences. Through a series of emails to Fred Bommerson, his buddy who still works at Heat Pumps Unlimited, Jack chronicles a year-in-the-life of a brand-new teacher. With subject lines such as "Irritable vowel syndrome", "In math class, no one can hear you scream", and "I love the smell of Lysol in the morning", Jack writes each email with a dash of sarcasm and plenty of irreverent wit.

John Pearson was born just outside of Washington, DC, but moved to Texas as quickly as he could. Growing up with a passion for science, math, and calculator watches, he obtained engineering degrees and basketball (watching) accolades from Duke University and Texas A&M. His first job out of college was designing small solid-state heat pumps, where his cubicle simply was not big enough to contain him. When the engineering market went sour, he decided to try his hand as a teacher, and he toiled as a math teacher for 13 years. He now uses his mad math skills as an analyst in a really tall building downtown. When he's not working, he's reading, blogging, or making YouTube videos like "Darth Vader Explains the Pythagorean Theorem." You may have seen (and hopefully rooted for) him on the Jeopardy! Teachers Tournament in 2013 and the Tournament of Champions in 2014.