Light of the Reaper | Podium Audio

Light of the Reaper 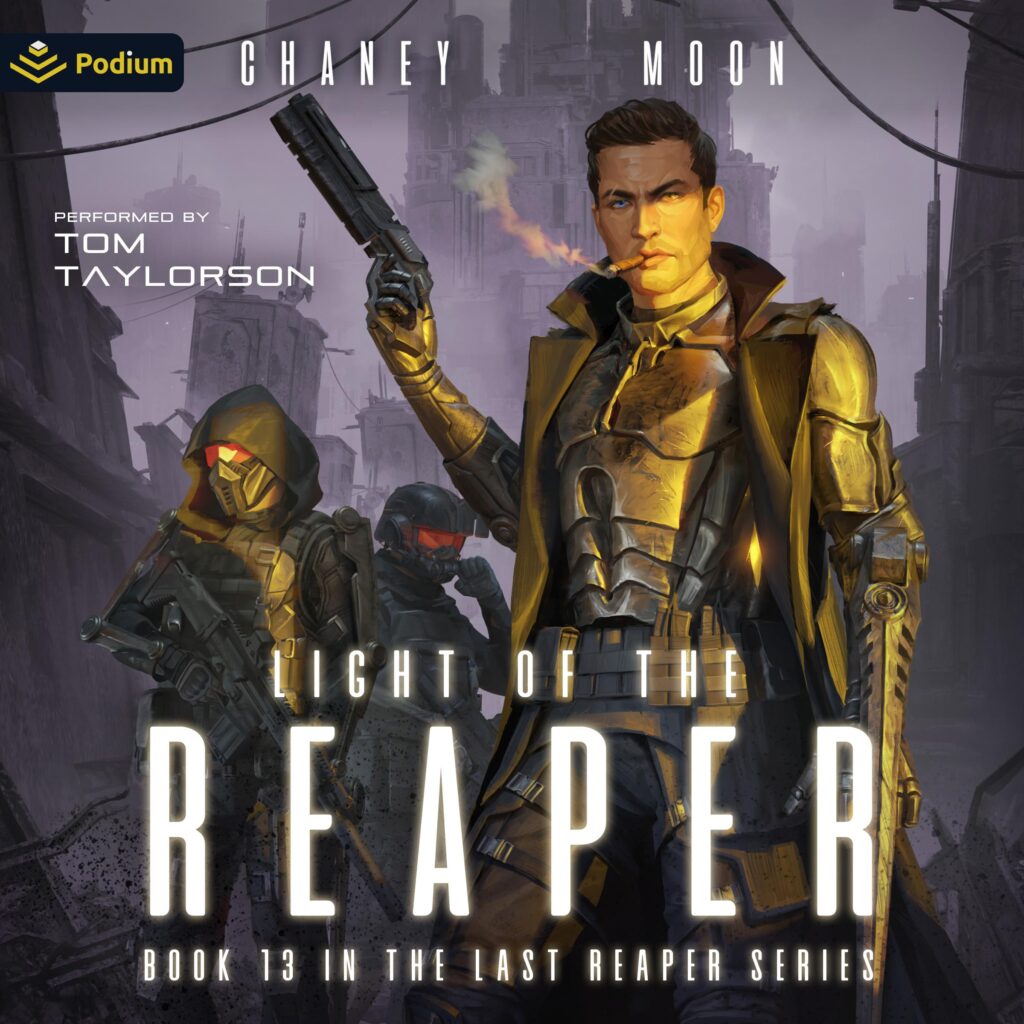 When a man falls, he either gets back up or stays down and dies.
Caught in a failing starship, surrounded by a galactic scourge like no other, Halek Cain and his friends refuse to quit. In fact, they’re about to go on the offensive.
Cain must put the hammer down and silence his most bitter enemy from stealing the true secret of the Darkness. But staying alive and getting the job done has never been harder.
Join the last Reaper as he reassembles his dream team, slips into his familiar Archangel gear, and starts a planet-to-planet romp for survival.
It’s time to pick up a weapon and fight for your right to live.