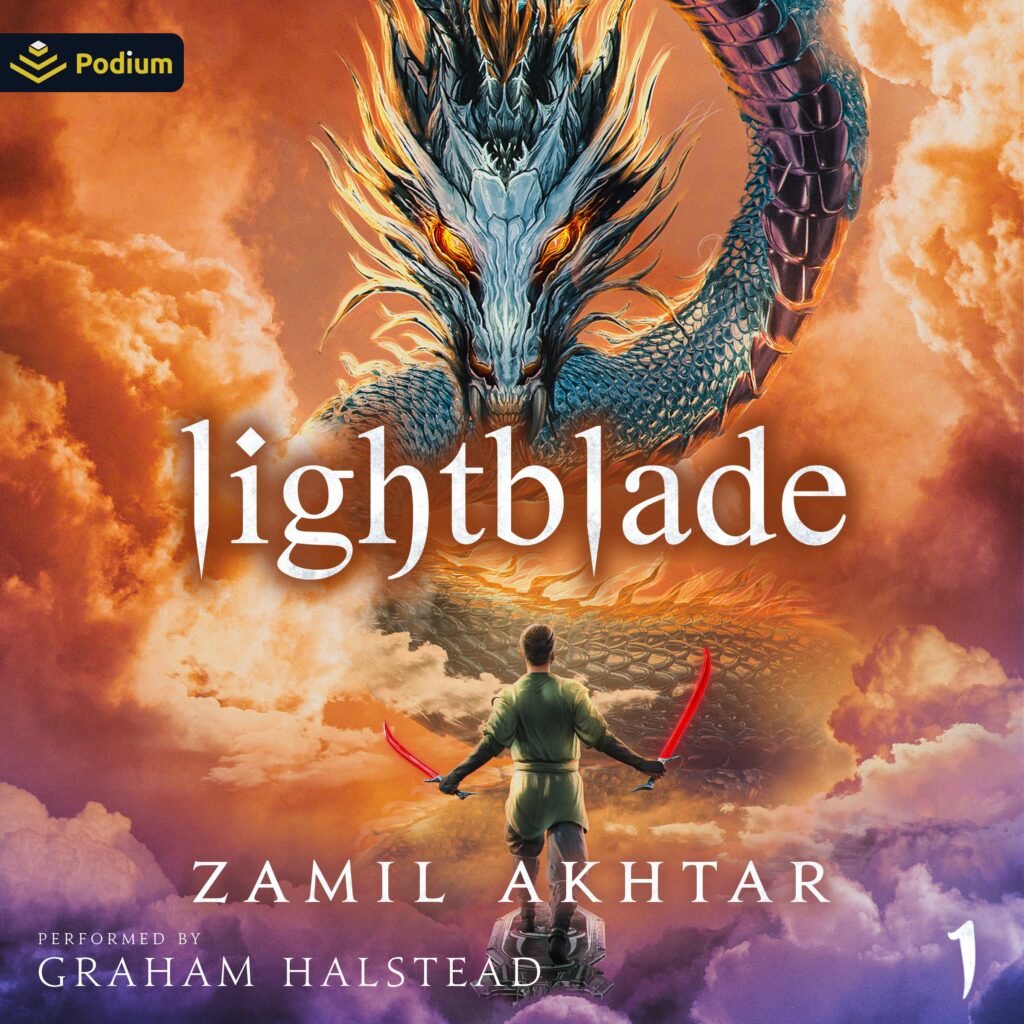 One day, Jyosh will climb the heavens and slay a dragon god.
Though nothing could seem less likely for a slave, especially one whose body is too broken to cycle sunshine into destructive magical energy. Until he meets a woman who can secretly teach him the lightblade, an energy sword transmuted from sunlight, capable of changing size, shape, and performing incredible magical feats according to the wielder’s skill level.
Except she only exists in his dreams. Each hour of sleep equals a day in these shared lucid dreams, wherein he must master new lightblade abilities, bond with his teacher and other allies, and gain the fortitude to overcome his weakness and crush his enemies.
When Jyosh awakens to learn that a mysterious lightblade master—who also commands an armada of sky ships—is spreading destruction across the land, he’ll face a trial by fire against forces far more frightening than he could ever dream.
And forged from that fire, a Light Ascendent will rise.
This is book one of the Lightblade Saga, a progression sci-fantasy featuring light-based magic, dream training, and dragon gods.

Zamil is a fantasy author based in Dubai, where he lives with his wife and pet rabbit. Of Pakistani heritage, he grew up in the Middle East and moved to Massachusetts when he was thirteen, and his varied upbringing colors his fiction. He’s an IR junkie, horror movie binger, and avid traveler.