Luck Is Not a Factor | Podium Audio

Luck Is Not a Factor 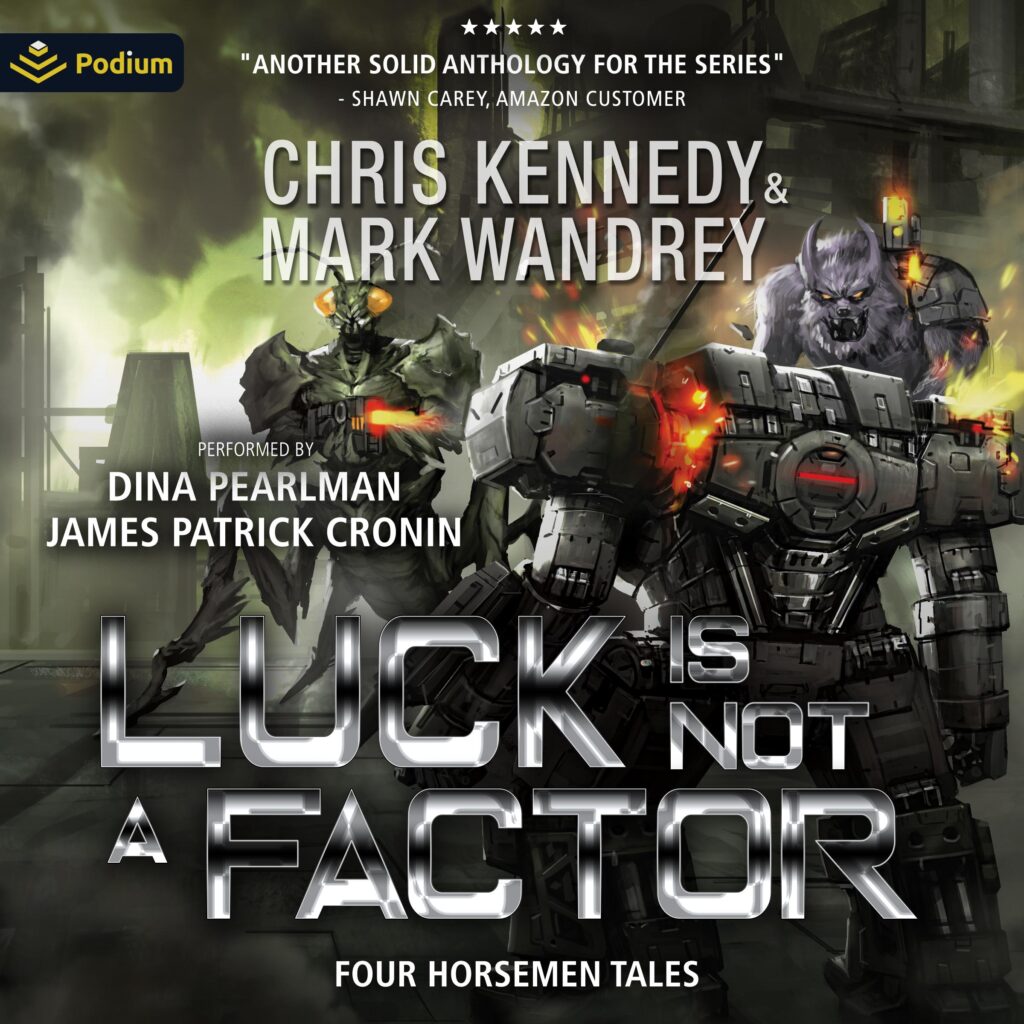 Nineteen outstanding authors. Nineteen extraordinary stories. One best-selling universe.
It’s the 22nd century. The galaxy has opened up to humanity as a hyperactive beehive of stargates and new technologies, and we suddenly find ourselves in a vast playground of different races, environments, and cultures. There’s just one catch: We are pretty much at the bottom of the food chain.
What do you do when the odds are stacked against you? Mercs plan, strategize, and sometimes even scheme, but there is one thing they all believe – luck is never a factor. Unless it is.
Enter the Four Horsemen universe, where only a willingness to fight and die for money separates humans from the majority of the other races. Edited by best-selling authors and universe creators Chris Kennedy and Mark Wandrey, Luck Is Not a Factor includes all-new stories in the Four Horsemen universe by a variety of best-selling authors – and some you may not have heard of…yet. The 19 authors take on various aspects of the universe, giving you additional insight into a galaxy that isn’t at war, but definitely isn’t at peace. There’s only one thing for sure – anything’s possible for a fistful of credits!
Full list of authors includes:
JR Handley
Kacey Ezell
Jon Del Arroz
Michael Ciaravella
Philip Wohlrab
T. Allen Diaz
Terry Maggert
Terry Mixon
Chris Kennedy
Mark Wandrey
Jon R. Osborne
Paul E. Cooley
Joseph Capdepon
Christopher Woods
Thomas A. Mays
Jamie Ibson
Rob Howell
Lee Dunning
Brad R. Torgersen