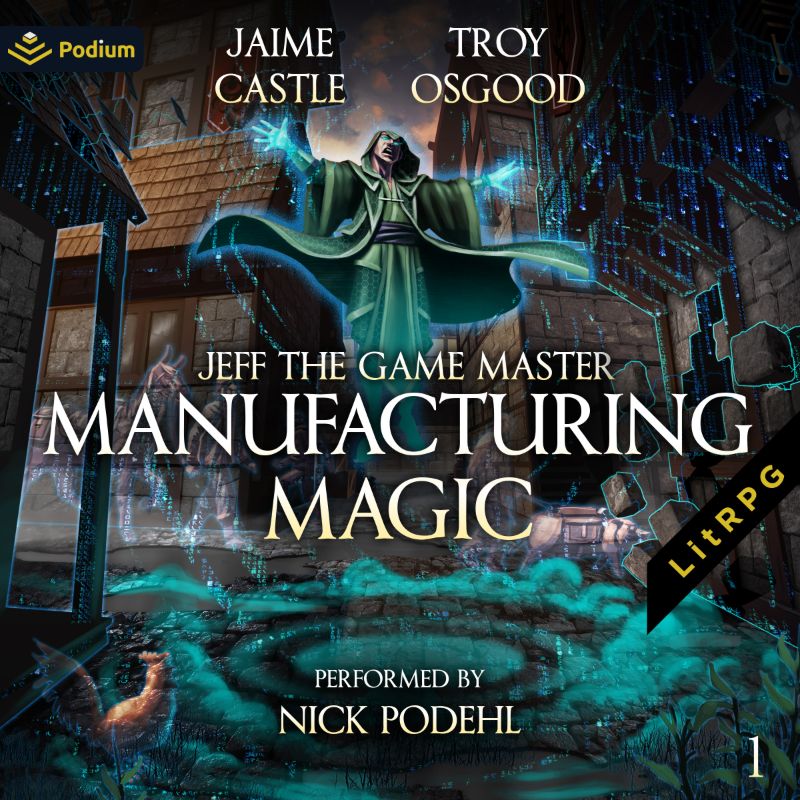 Infinite Worlds is the most popular VRMMORPG on the market. Its maps are so vast, developer Hard Rock Data utilizes a network of highly advanced artificial intelligences to control it. But it’s not without problems.

That’s why Game Masters like Jeff Driscoll have jobs. The downside? He’s not allowed to play the game. Something about conflicts of interest and favoritism.

His very boring and tedious job is to help players deal with the occasional bug that slips through the cracks and ensure they enjoy their time playing enough to give a five-star rating. It’s a gig. It pays the bills.

However, when the AIs unexpectedly issue a rogue patch, the game becomes a buggy mess, and Jeff’s role radically changes. He finds himself as the only Game Master around, dealing with more problems than he can handle. It’s up to Jeff to return Infinite Worlds to normalcy…but will the AIs let him?

Manufacturing Magic is a unique spin on the LitRPG genre, not just providing the perspective of the players, but also of one of those mystical, magical, all-powerful GMs we all dream of being. Perfect for fans of Luke Chmilenko, Dakota Krout, and Shemer Kuznits. 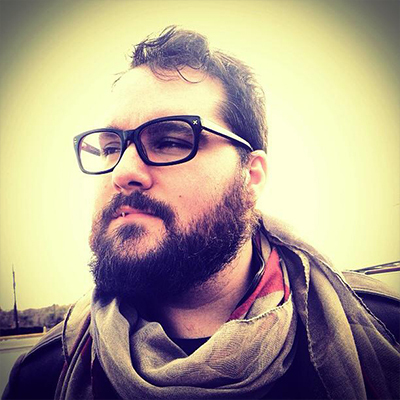 Jaime Castle hails from the great nation of Texas where he lives with his wife and two children and enjoys anything creative. A self-proclaimed comic book nerd and artist, he spends what little free time he can muster with his art tablet. Jaime is a #1 Audible Bestseller. Works include The Buried Goddess Saga, The Luna Missile Crisis, Jeff the GM and more. 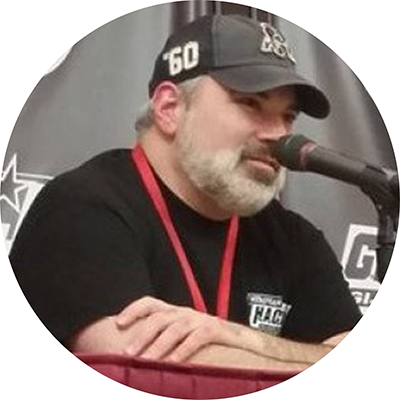 Born and raised in the granite state of New Hampshire, Troy is a lifelong and avid reader of comic books and novels (mostly in the fantasy, sci-fi and adventure/thriller genres). The ongoing serial storytelling methods of comic books and television has always fascinated him and provided inspiration for his writing. He's always had a love of creating and world building and dreams of someday seeing his creations expressed across all media: books, comic books, movies, TV and even toys. When not writing, Troy can be found outside hiking, kayaking or out back at the bonfire with beer in hand. Don't expect to bother him during football season, especially when the Patriots are playing.