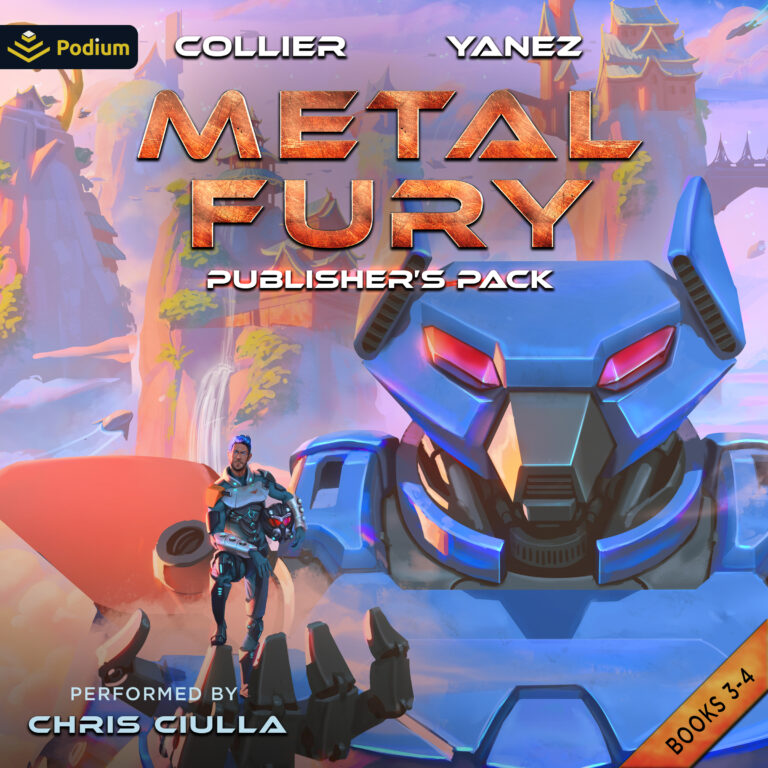 Contains books three and four of the Metal Fury series.

A plan has been hatched, one to destroy ShadowTech once and for all. And it only includes three impossible feats. No biggie.

Jack learns about a ship with signal access to the lead manufacturing vessel. The demise of this corrupt enemy is within sight but not yet within reach. In order to get past the ship’s defenses, Jack needs to harness the full power of his Will to pilot his mech for maximum effort.

Small problem: he hasn’t mastered his Will. He needs more time. And he’s already lost too much.

In the aftermath of a black hole, anything is possible. Still, he never thought he would end up here. He’s been banished to the edge of the galaxy. His powers are failing. And now Jack might be trapped with an exiled enemy.

But on Jack’s journey, nothing is ever what it seems to be. Now how can he find the Keeper he seeks? Facing seemingly insurmountable odds, he and his mech must find a way to get back and overcome the Codex. The biggest surprise yet awaits…