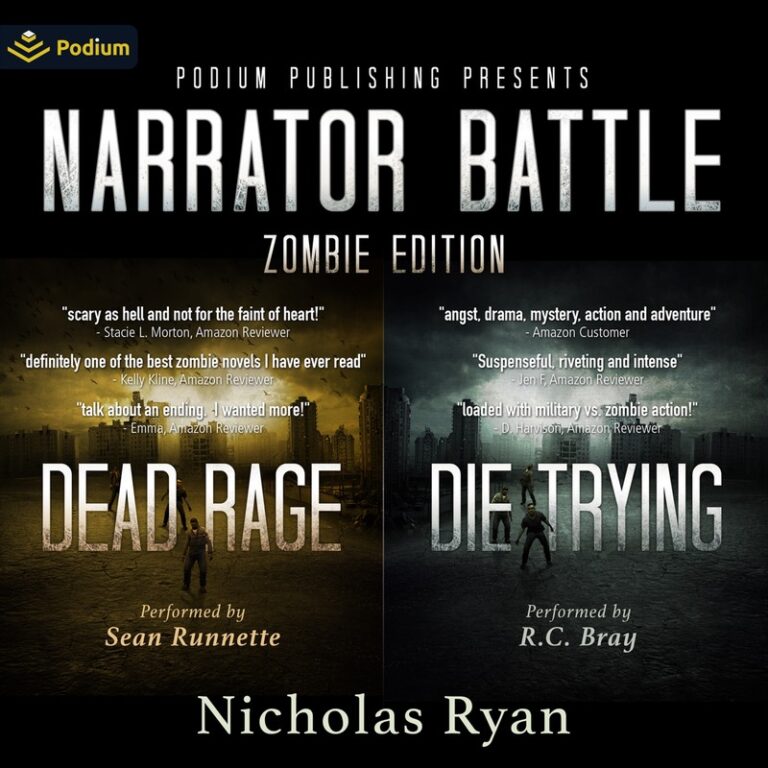 There can be only one survivor. Which narrator is the baddest and bloodiest?

When Steve Bannon and the crew of the fishing boat, Mandrake, sailed into Grey Stone harbor, they arrived into the very jaws of a zombie war.

The zombie apocalypse has overtaken the coastal town, and Bannon must fight for his own survival in a horrific world filled with unimaginable peril and betrayal…at the highest, and the most personal levels.

Dead Rage is a white-knuckled ride into the frenzied terror of the zombie apocalypse, where friends become enemies and every step is a life-and-death struggle.

Trapped amidst the horror of the zombie apocalypse, three men hear the sound of a helicopter overhead and know it represents their last desperate hope to survive the terror and reach safety. But survival comes at a cost – and the zombie war that ravages the world is not the only lurking evil the men must face.

For Mitch Logan, his brother, Jed, and their friend, Clinton Harrigan, there is no choice. They must fight to survive…or die trying.