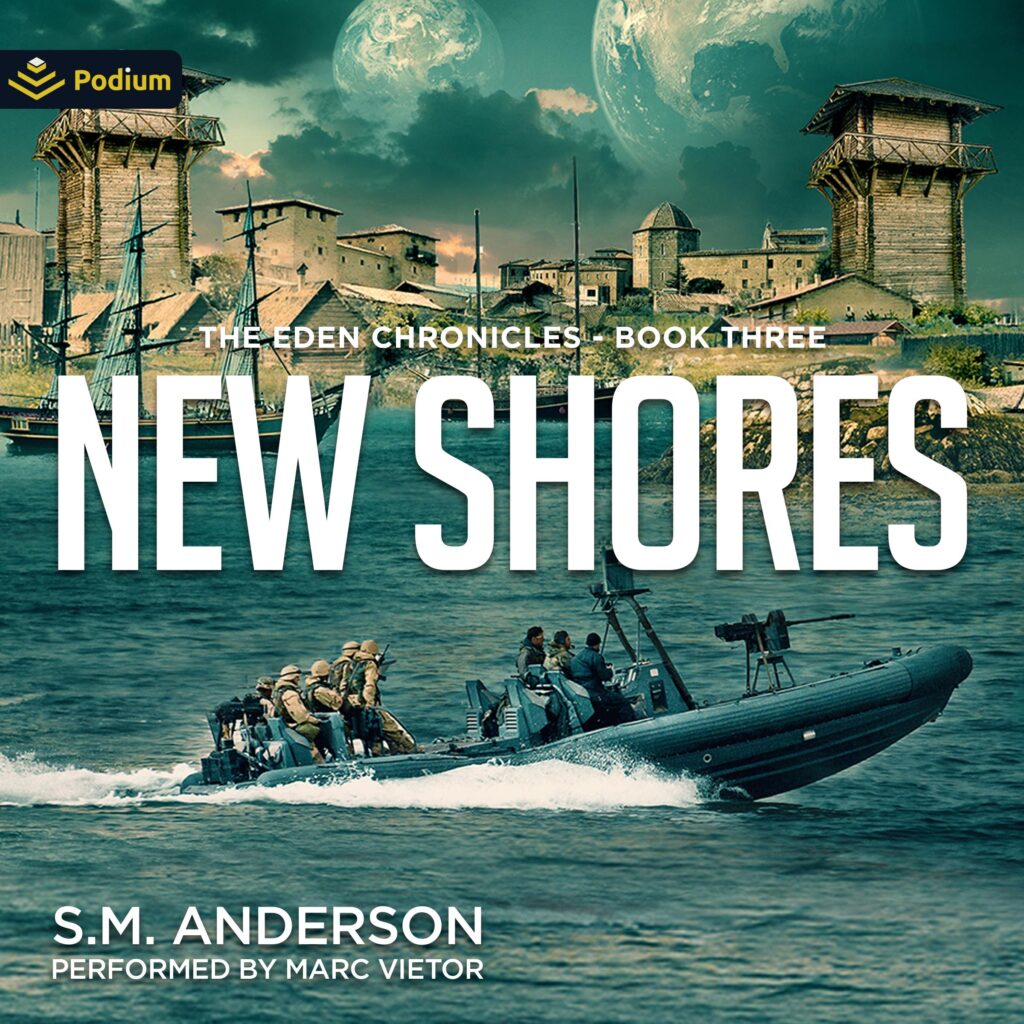 The Forces on Eden are licking their wounds following their victory over the Strema.
Their new allies and neighbors, the Jema, are free for the first time in a thousand years, and they want payback. The Jema are going to take the fight to the Kaerin on Chandra, with or without the help of Eden. Meanwhile on Earth, the dumpster fire continues to burn as Sir Geoff and Task Force Chrome are being hunted by the ISS and the military. The fight for freedom rages across three worlds, and the one group that is capable of travelling between them is out gunned and outmanned.