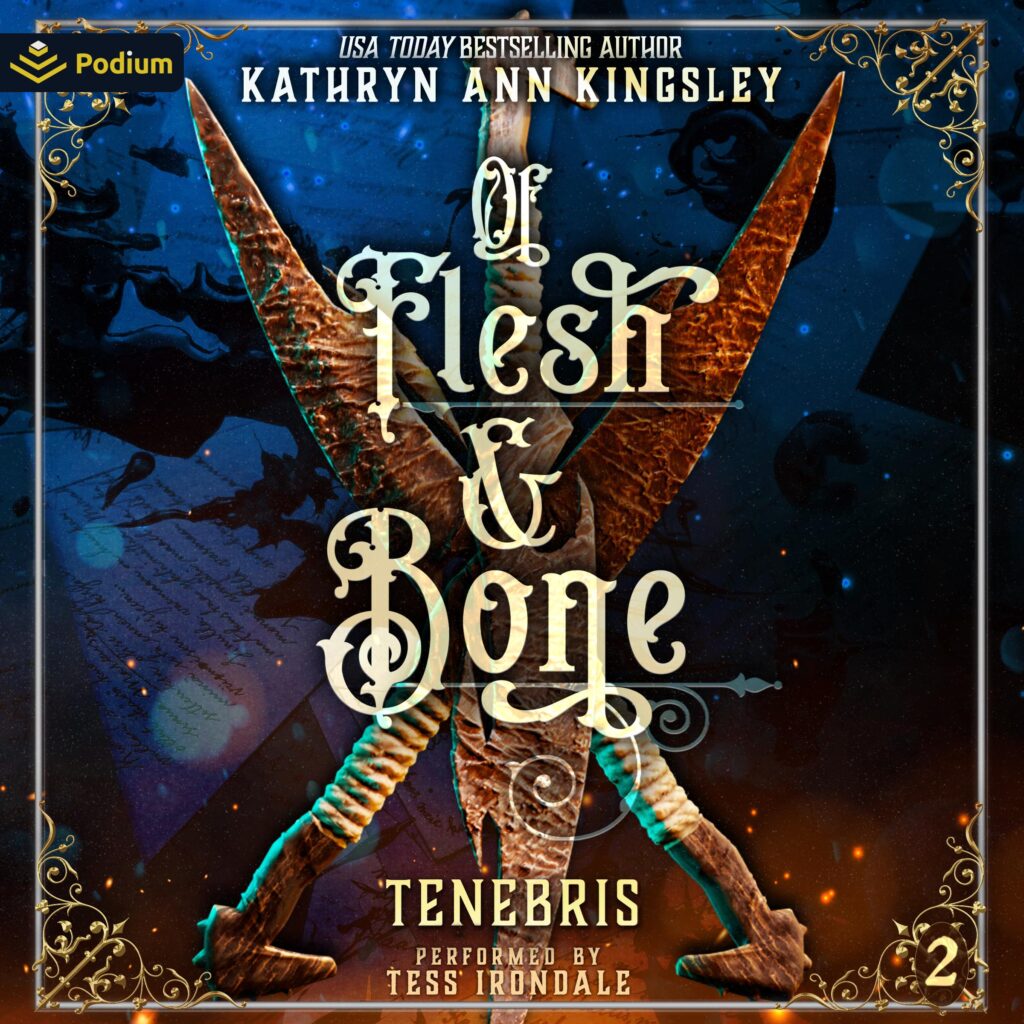 Now that the Darkness has tasted her, it won’t let Emma go.
Robbed of her memories, Emma feels like a ghost trapped in her own body. She doesn’t remember much, but she knows one thing: something happened to her in Arnsmouth.
Whatever had happened to her had been terrible. Desperate to learn the truth, she finds herself drawn to a nightclub known as The Flesh & Bone–a place that she knows might well lead to her certain death.
Professor Raphael Saltonstall has a problem. Her name is Emma Mather.
No matter what he does, no matter how hard he tries to stop her, she keeps charging headlong into danger. He did everything he could think of to protect her, and failed. So now he has to do all he can to keep her out of the hands of those who would use her to bring about the end of the world, even if it means her death at his hands.
Unfortunately, the things that live inside him seem to have other plans for her…
_Of Flesh & Bone _is book two of Tenebris, an occult horror romance series from USA Today bestselling author Kathryn Ann Kingsley. With wild twists, cult intrigue, and eldritch horrors that go bump in the night, it’s sure to send shivers down your spine.
It contains strong themes of madness and murder but guarantees an HEA. Also…there will be tentacles.