One Minute to Midnight | Podium Audio

One Minute to Midnight 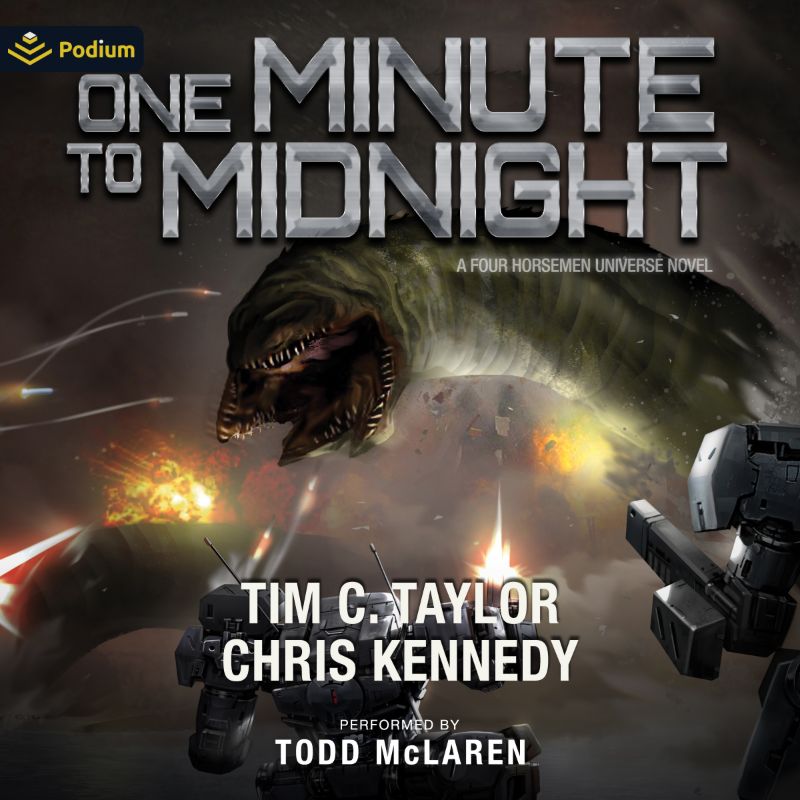 Having destroyed the starkiller located at Aneb-4, the alliance of Goltar, Spine Patriots, and the Midnight Sun Free Company have gained a bit of breathing space from the criminal organization known as the Endless Night.

But the Endless Night isn’t done. They have two more starkillers in their possession, and they are ready to use them against a civilization that no one – especially the Mercenary Guild – is going to miss. Their target: Sol.

Although victorious on Aneb-4, the alliance only has the façade of combat power; they need time to re-equip and rearm…time they don’t have. They need help.

When the Speaker of the Mercenary Guild offers the job to Nigel Shirazi, he is already busy and mentions it to the one person who knows something awful is coming: Sansar Enkh, who has had a vision of the Sun blowing up. In the aftermath of the Omega War, though, the Golden Horde isn’t ready to take the field either, and Sansar will have to recruit anyone who’s available, and somehow find a way to put together a working team if they are to be successful.

But time – as Gray Wolf operative Beowulf knows – is rapidly running out. The Endless Night are readying the weapons, and it is only a matter of time until they fire them. Can the forces arrayed against the Endless Night get there in time, or will the clock strike midnight for Earth?