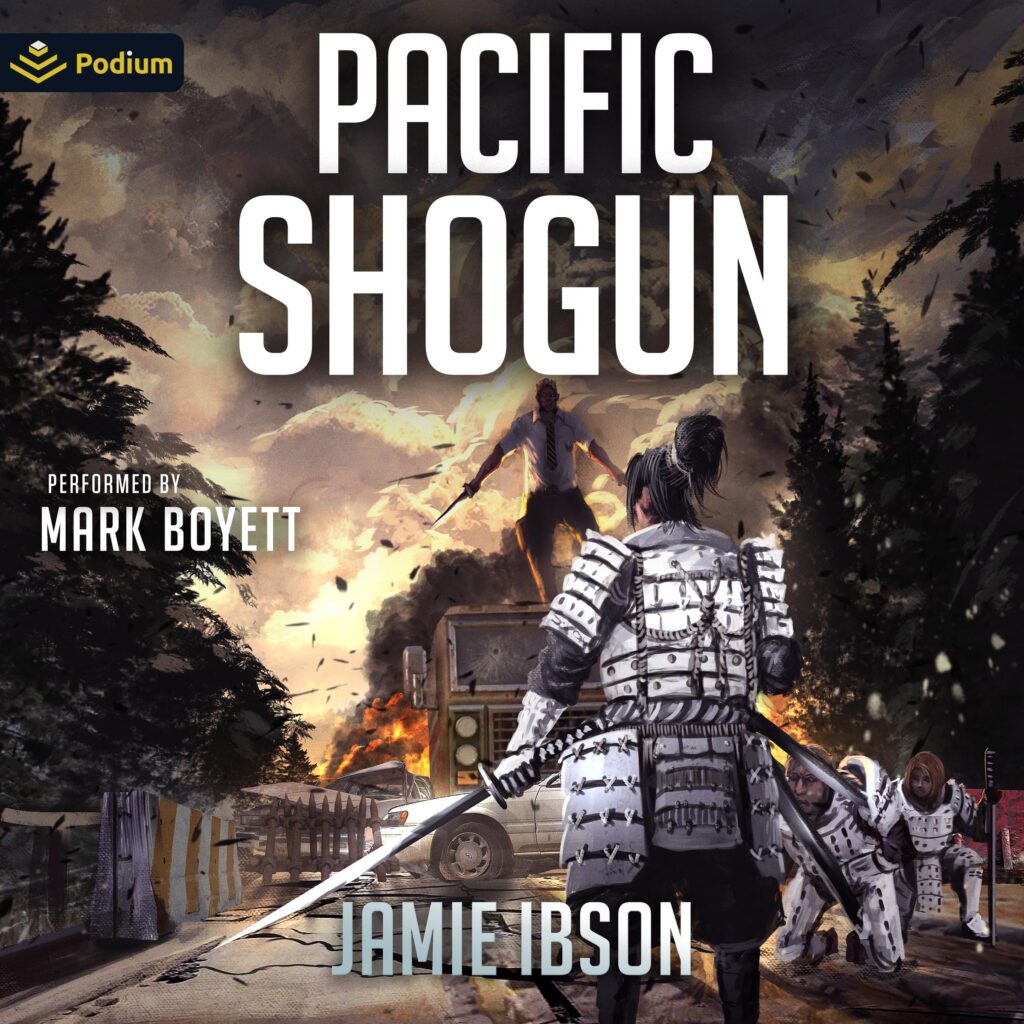 Twenty years after the nuclear exchange that ended modern civilization, Daimyo Rikimaru Hanzo is the senior protector of the Shogunate. He is a Specialist—one of Teledyne’s enhanced warriors from the Corporate Wars—gifted with enhanced strength and near-limitless endurance.

Rikimaru, along with his fellow Specialists Ayame and Mikael, have carved out a small island kingdom in the Strait of Juan De Fuca, north-west of Seattle. Together, they have rebuilt a semblance of civilization under Shogun Kojima’s rule.

Resources are scarce, though, and they are in a constant state of low-level, casual warfare with the nearby Victorians. Their militia guards the islands with little more than bows and spears, and the Shogun forbids them from going on the offensive. It’s better, Kojima reasons, to lead by example as there has already been too much death and destruction.

But when an old enemy from his Teledyne days marches a horde of near-feral raiders out of the ruins of Seattle—up to the Shogunate’s very doorstep—all that changes, and Rikimaru is forced to confront his past if he is to forge a future for the people he’s sworn to defend…no matter what the cost.