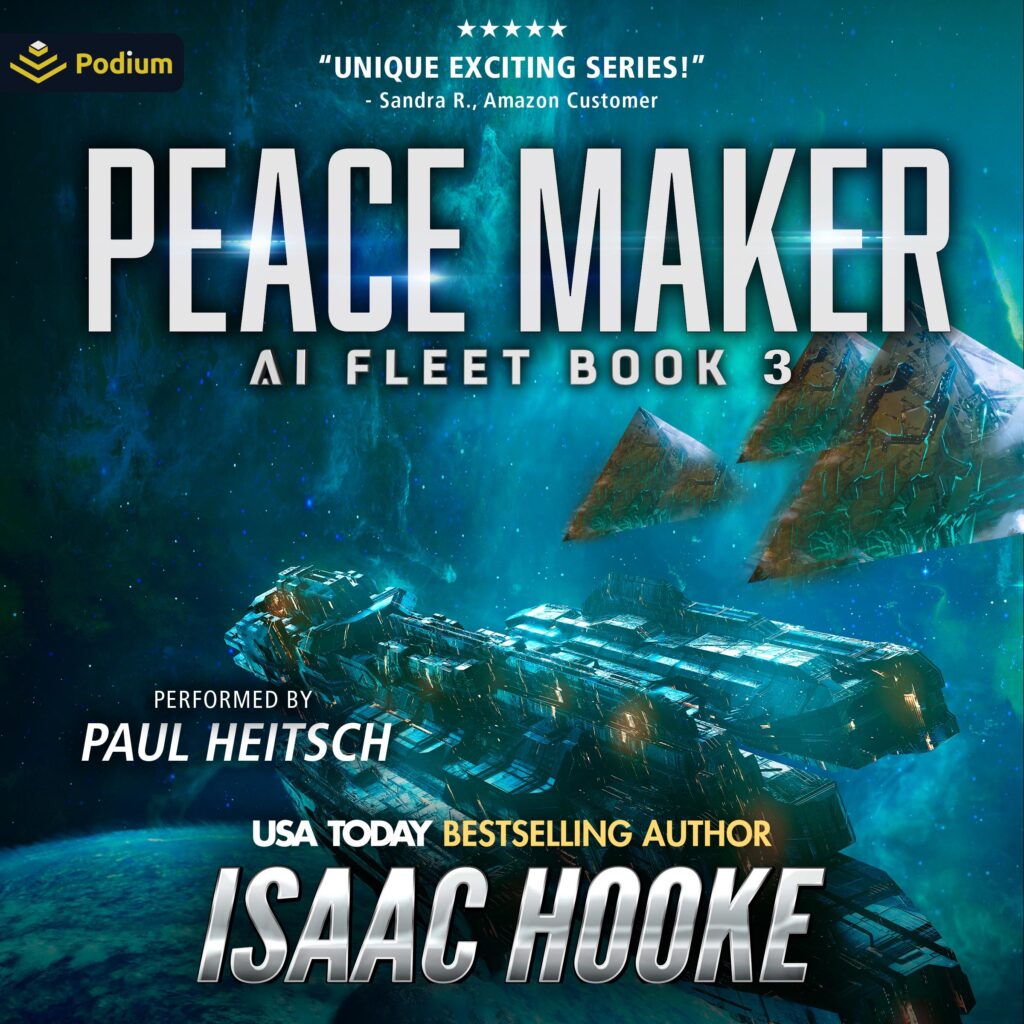 Jain, a former SEAL whose mind is now the AI core of an advanced alien warship, has agreed to broker peace between humanity and the extraterrestrial race known as the Mimics.
Unfortunately, a new breed of alien has decided to crash the party. These newcomers, part of the hostile Link empire, aren’t very happy humanity is trying to coax a former member species into signing a treaty.
Jain and the Void Warriors have to fight off this new threat while struggling to salvage the smoldering ruins of the peace talks. Things certainly don’t look good, not just for themselves, but humanity: If they can’t secure allies against the Link, Earth will eventually be crushed.
Some days, having your mind stored in the AI core of a starship just isn’t all it’s cracked up to be.
Includes a special bonus note from the author.