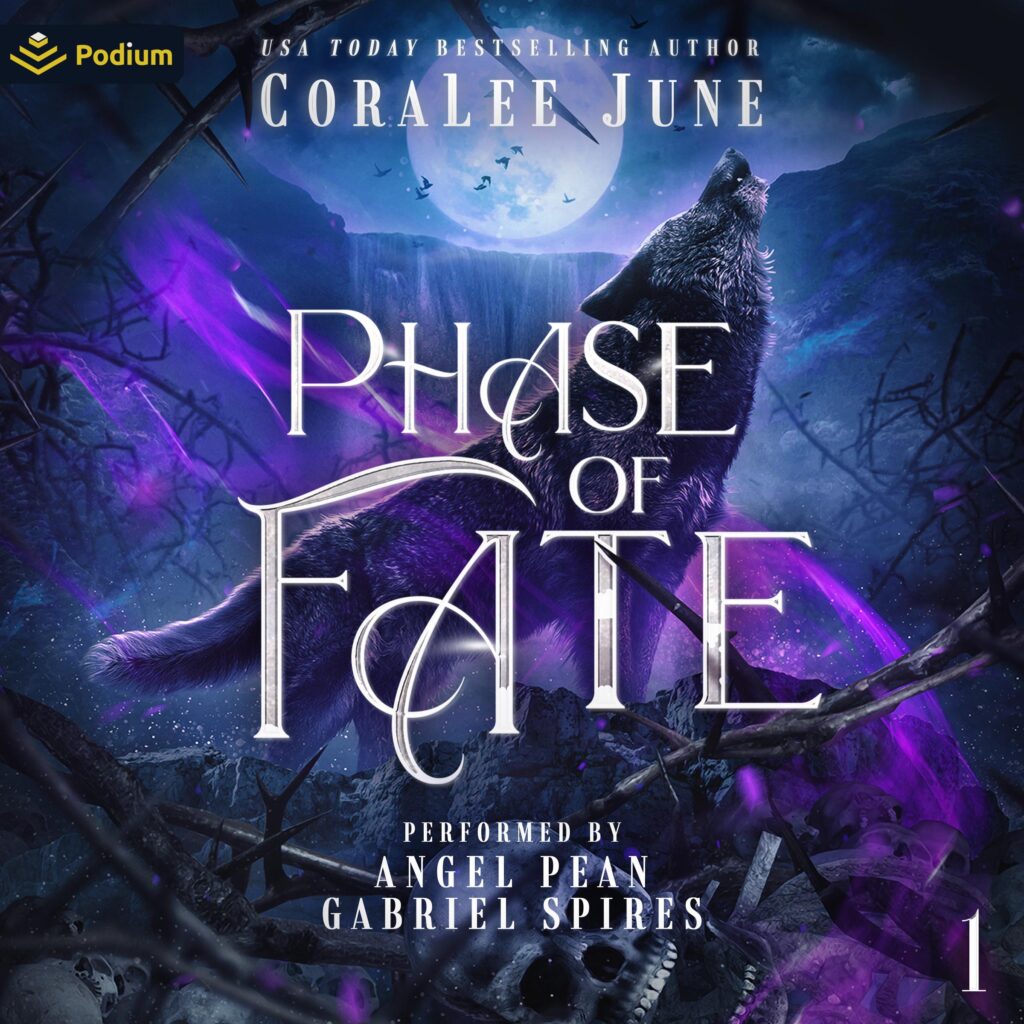 I was the average daughter. The troublemaker. The side character in my sister’s story.
My sister was a Prodigy; endowed with exceptional skills and bonded with a guardian. In a world where all leaders, scientists, and artists are selected and pledged to shifters, she was born for greatness. I was born to live in her shadow.
In a moment of rebellion, I trespassed on pack lands and an alpha guardian shifter, Theo, bonded to me. Tragedy makes me reject the pairing. They say I am a Prodigy now—someone special. I think they’re wrong.
Theo is protective, overbearing, and gets under my skin. He knows me better than anyone else. It takes everything I have to keep the wall around my heart built up. I refuse to ever trust a shifter. I refuse to fall in love with my rival. But fate comes in phases.
Once a nobody, now a hero. Once an enemy, now my forever.

Joe Sanfelippo's (aka Gabriel Spires) voice has been heard on television, film, and radio. As a voiceover artist, **he has been heard in over 200 television & radio commercials** including Target, Volkswagon, Toyota, Taco Bell, Dominos, Nickelodeon, Tax Slayer, Body Armor, Sketchers, State Farm, Taylor Made, Jagermeister, Home Depot, Jack in The Box, Fruit of the Loom, Mitsubishi, University Phoenix, Lego, Vizio, MLB, US Army, Conoco Phillips, EA Sports, Taco Johns, Qdoba, Task Rabbit, Kanes Furniture, Rooms to Go, Nintendo and many more. He has also been heard on Television shows like Modern Family, You're The Worst, Outkast, Orange is The New Black, Grownish, The Morning Show, Dice, Ever After High, The Grinder, and Superstore. As well as Films like Aquaman, Spiderman Into the Spiderverse, Hotel Transylvania 2, and 3, Suberbicon, Army of The Dead, The Founder, American Sniper, The Star, and Escape From Planet Earth.