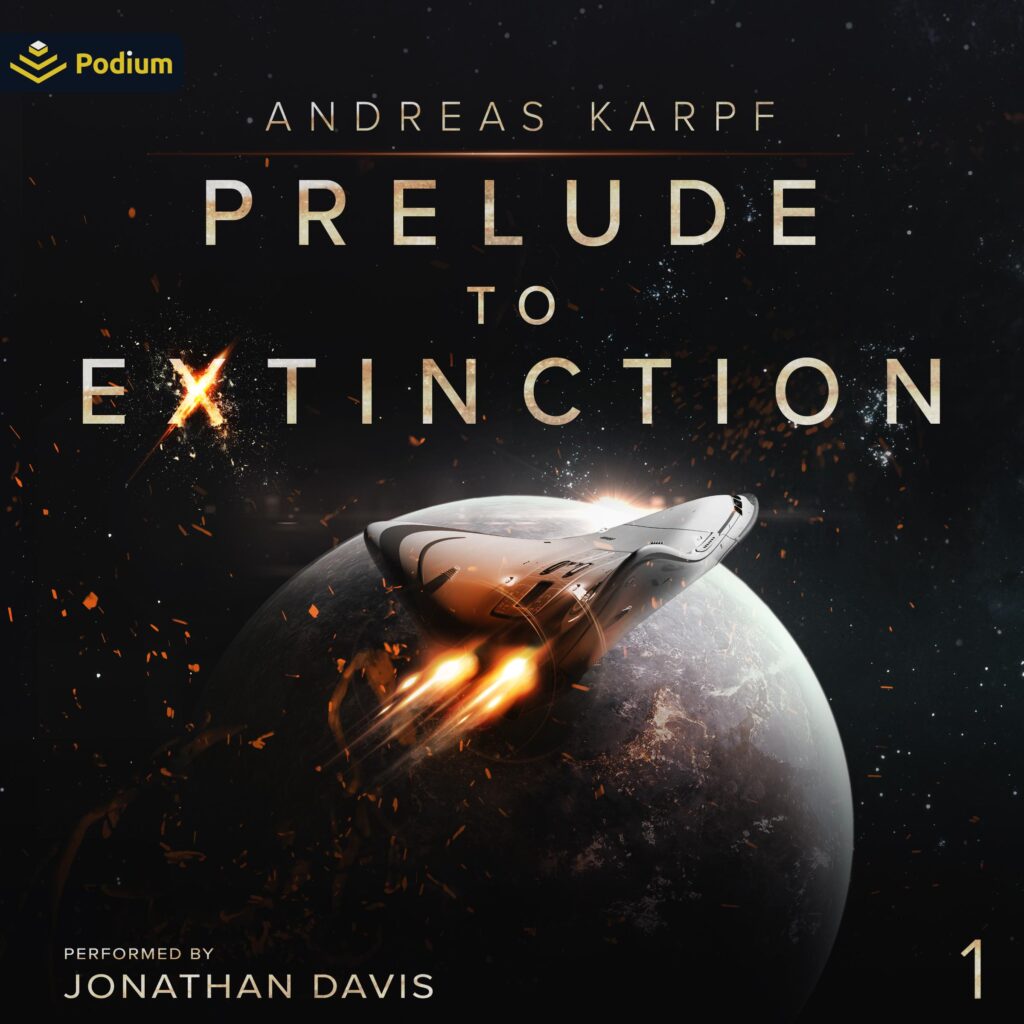 When Jack Harrison climbed down the short ladder from the airlock and stepped onto the debris covered soil, the ground crackled with the sound of dried leaves and twigs.
Warm sunlight shone on his helmet, making him almost forget the decade he just spent captaining Earth’s first ship to another star system. The serene tropical surroundings, though, stood in stark contrast to the long-abandoned structures that lay nearby.
Evidence points to a massacre; the systematic extermination of an alien colony hundreds of millennia ahead of humanity. Time, however, has erased any trace of the attackers.
Jack and his crew barely start probing the ruins before their curiosity betrays them as an abandoned alien device cuts them off from their main ship. Lost and short on supplies, survival soon becomes their only goal. Even their short-lived rescue by an alien race, who themselves are under siege, offers little hope. As they struggle to find a way home, signs begin pointing to a danger darker than any they could have foreseen. Jack knows that playing it safe may no longer be an option – but his only other choice is to confront a threat that they can’t even begin to understand.

Andreas Karpf is an experimental physicist whose research focuses on designing new techniques to detect atmospheric pollutants. He enjoys a good adventure story, but lives for the hard sci-fi novel set in a plausible future that doesn’t get weighed down by too much technology. Andreas’ interests are varied and include art and Taekwondo (where he’s a 4th degree black belt).