The Whims of Gods 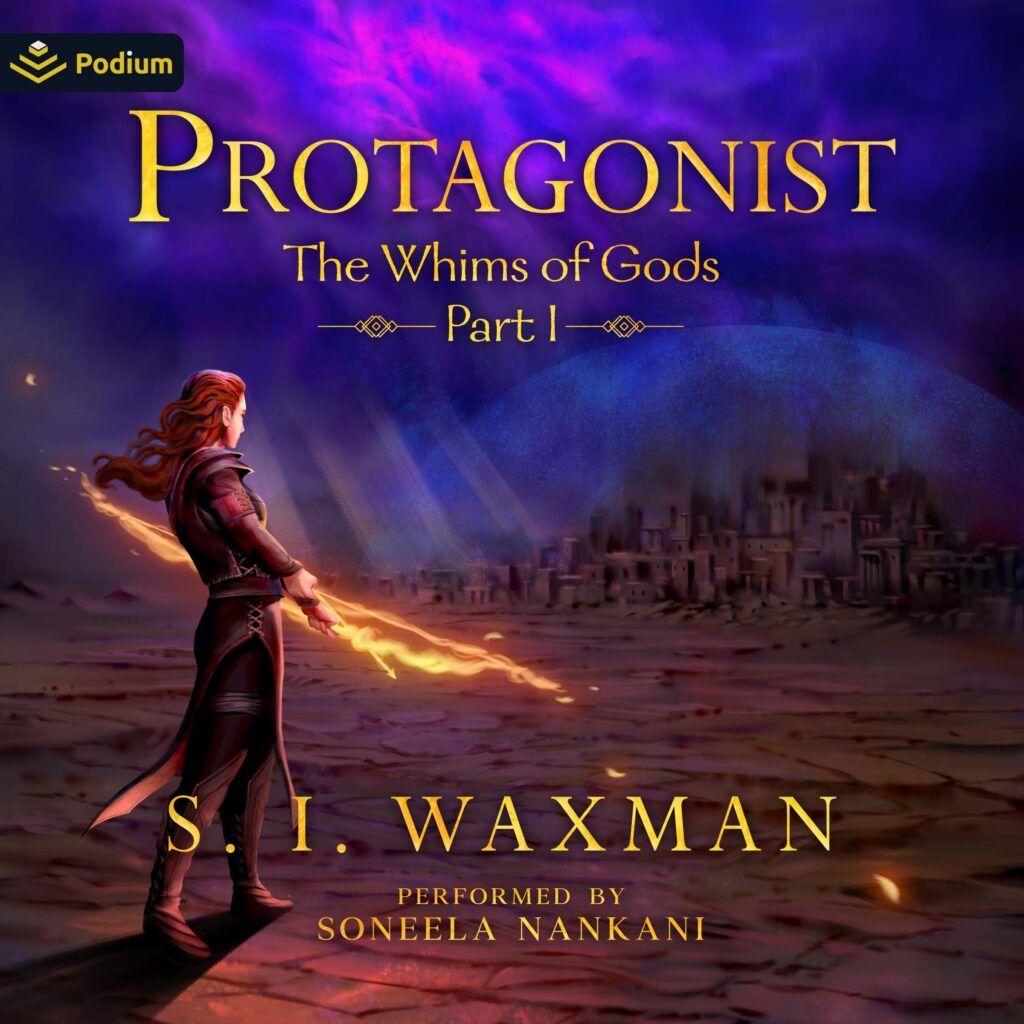 After quitting her job as a therapist, Tess’s life became pretty slow. A tad boring, even.
It thus came as no small shock to her when she was chosen by a god.
Suddenly thrust into a new world where magic, monsters, and character levels are par for the course, Tess will find that simply surviving can be a challenge. It doesn’t help that dark forces are stirring, she’s woefully underpowered, and spiders keep trying to claw her face off.
One thing’s for certain, though: if she can overcome it all, the possibilities are endless. Will she end up wrestling a dragon? Becoming an arch-mage? Opening up a quaint wine bar and bookstore for elves? The choice is hers…as long as she can live long enough to make it.
_Protagonist _is a fairly classic LitRPG novel with character levels, classes, stats, settlements, and other LitRPG elements.

Having been raised by immigrant parents and grown up traveling all over the world (spending the most time in India, Ghana, Brazil and Morocco), Soneela has developed a deep multicultural appreciation, a love of storytelling and a facility with languages and dialects. Paired with her MFA in Acting, this has led to over 300 titles across many genres (including Young Adult, Romance, Sci-Fi and Fantasy), 18 Earphone awards, multiple Audie nominations and a Golden Voice Lifetime Achievement Award from AudioFile magazine over her 13-year voiceover career. When not in the booth, you can find Soneela playing card games with her kids, trying out new recipes, or attempting to solve today’s Wordle.