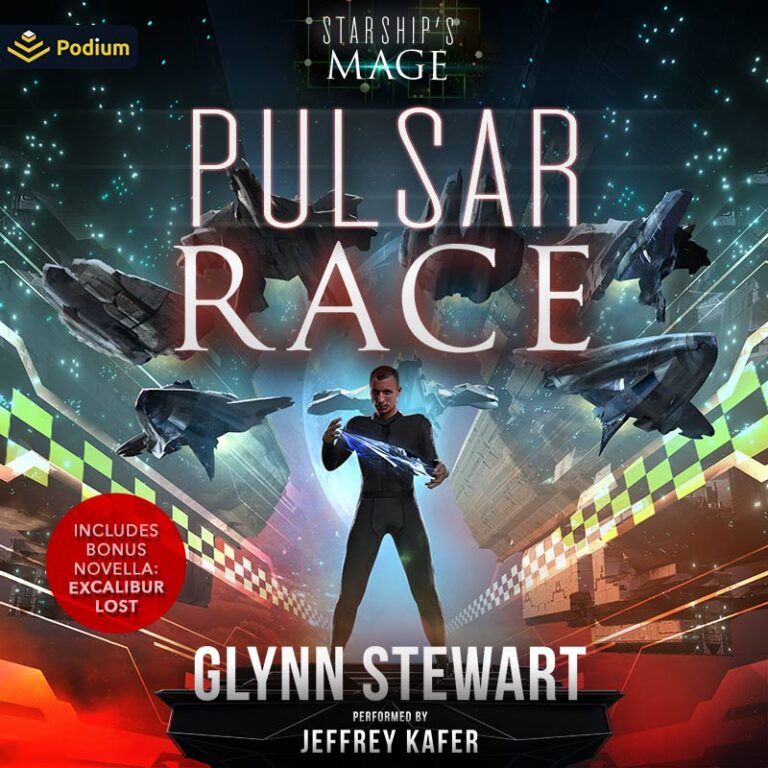 A retired Mage with no plan. An old friend with no hope. A ship built on a daring dream….

Mage-Captain Ivan Halloway has retired from the Royal Martian Navy and the service of the Mage-King of Mars. He has returned to his homeworld to rest, but his only real plan is to avoid the war he sees coming to the Protectorate.

Captain Karl Charpentier is his oldest friend – captain and pilot of an interstellar jump-courier. Crewless and drowning in debt due to a series of mistakes, Karl turns to his newly unemployed friend with a desperate plan to solve all his problems.

To save his friend’s ship and career, Ivan must help him take his courier into an illegal race through a deadly region of space – a race run by the very people Karl Charpentier owes money to. How could it possibly go wrong?