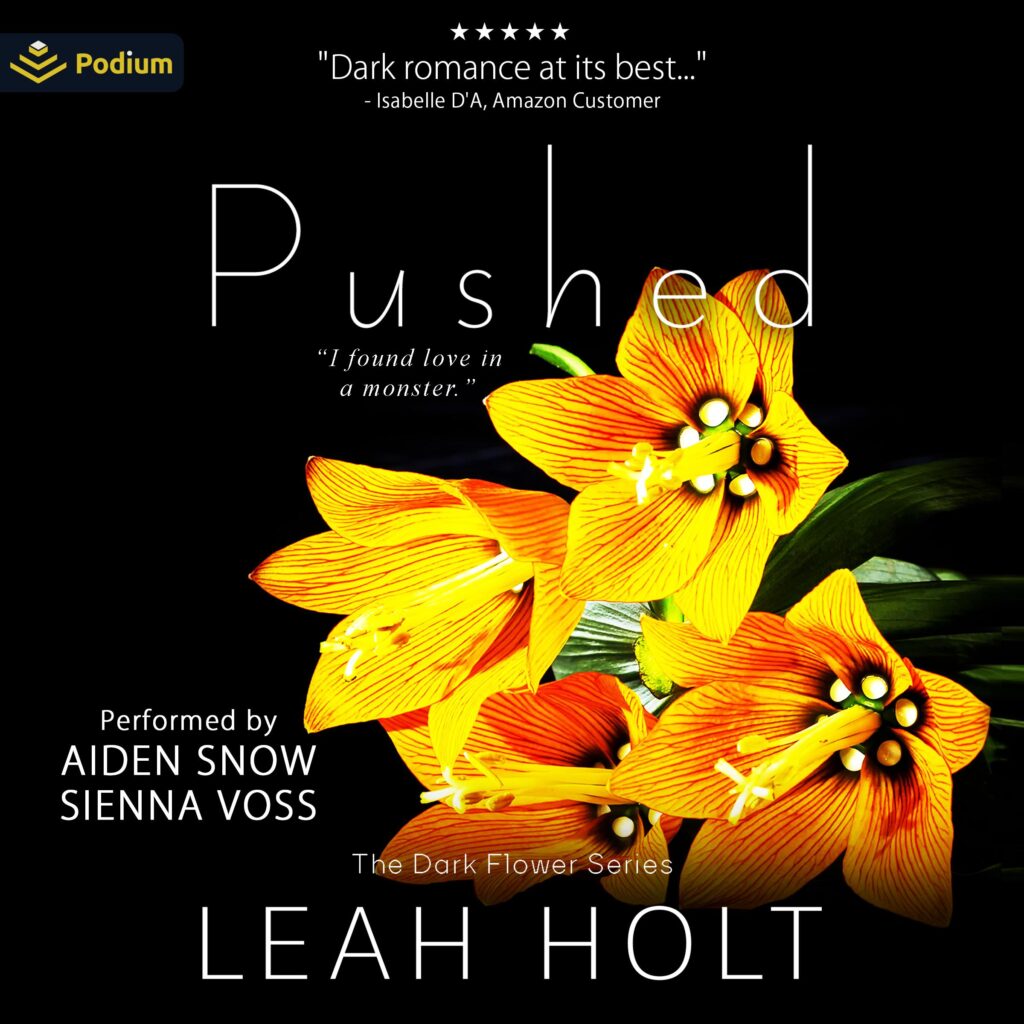 I never thought I could love a monster. Then I met Machi.
I shouldn’t have been there that night. I shouldn’t have seen that man die – or the face of his killer. Every part of me wanted to run and hide, to escape and forget what I saw.
But then he caught me. He stole me and pushed me into his world. He said if I listened to him, he could give me what I wanted…my freedom.
He forgot to mention that freedom comes with a price. I’m going to be auctioned off and there’s nothing I can do to change that.
He wants me to believe that he isn’t the bad guy. But I know better. Except…his hard jaw and full lips are hard to ignore, his voice makes my heart flutter, and his hands – his hands are purely toxic, unfurling my body with one touch.
He’s a monster, and monsters lie. They lurk in the dark and rain hell on your soul.
I never thought that loving one was possible. Until I met him.
Note from the author: Pushed is a full-length, dark romance novel with no cliffhanger. This book has material that could make some uncomfortable. It’s gritty and raw in the best way, but you won’t know until you step in and listen to it for yourself.