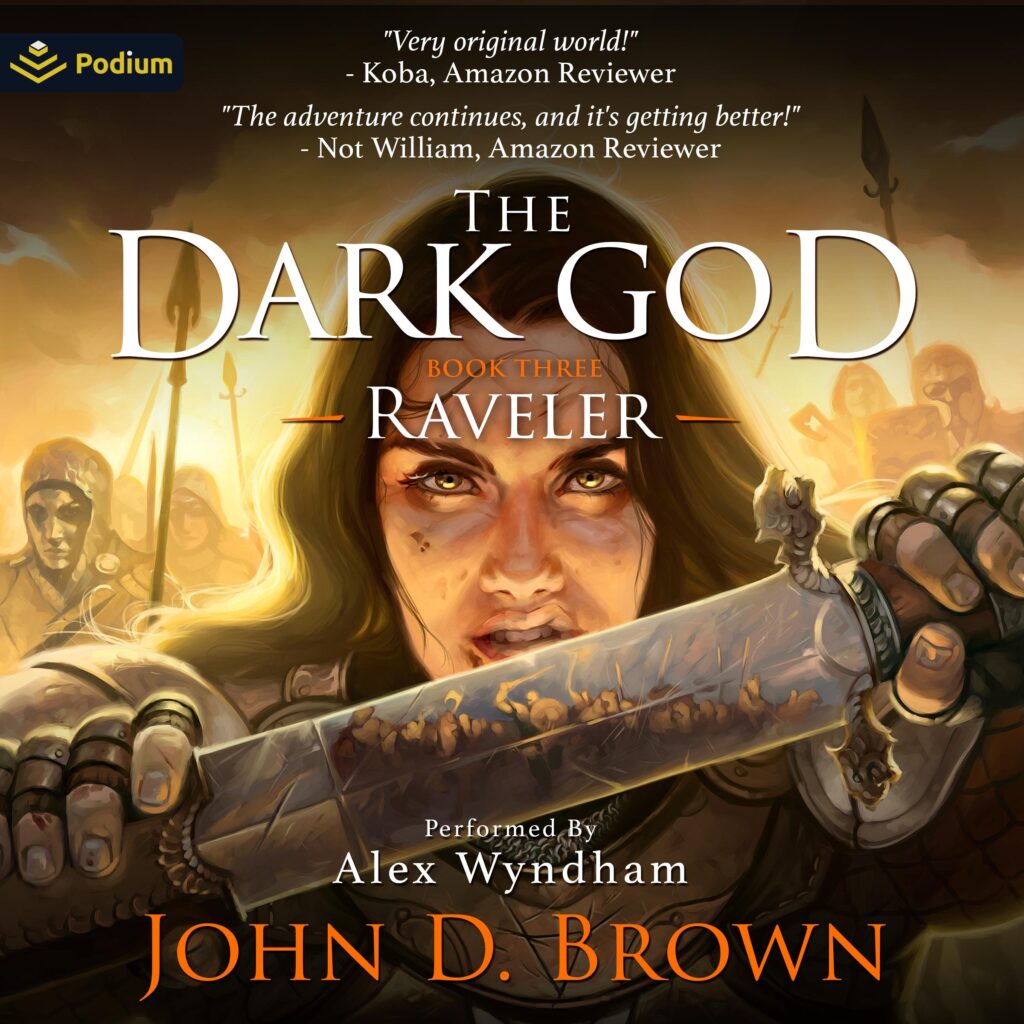 Talen is in the hands of a powerful half-beast, a creature twisted for war, who is convinced the most merciful thing to do with Talen is kill him.
But he might not have that chance, for Nashrud, the Divine sleth hunter, is hot on their trail. As they flee, the two can only hope the perils of the Wilds will save them, for if they are taken, both will become the tools of Mokad.
Back on the coast, Sugar is sent to guide Argoth and a handful of warriors on a mission to assassinate Mokad’s Skir Master. To succeed they’re going to have to get through an army, patrols of dogmen, and at least 3,000 dreadmen. And that’s just in the world of flesh, for Mokad also has forces in the world of souls.
The odds against Talen and Sugar are immense. At the same time, their powers are awakening. And what they learn just might give mankind a chance against the army poised to annihilate them.

John D. Brown writes action-packed thrillers and epic fantasies with characters you want to cheer for. He currently lives in the hinterlands of Utah where one encounters much fresh air, many good-hearted ranchers, and the occasional wolf.