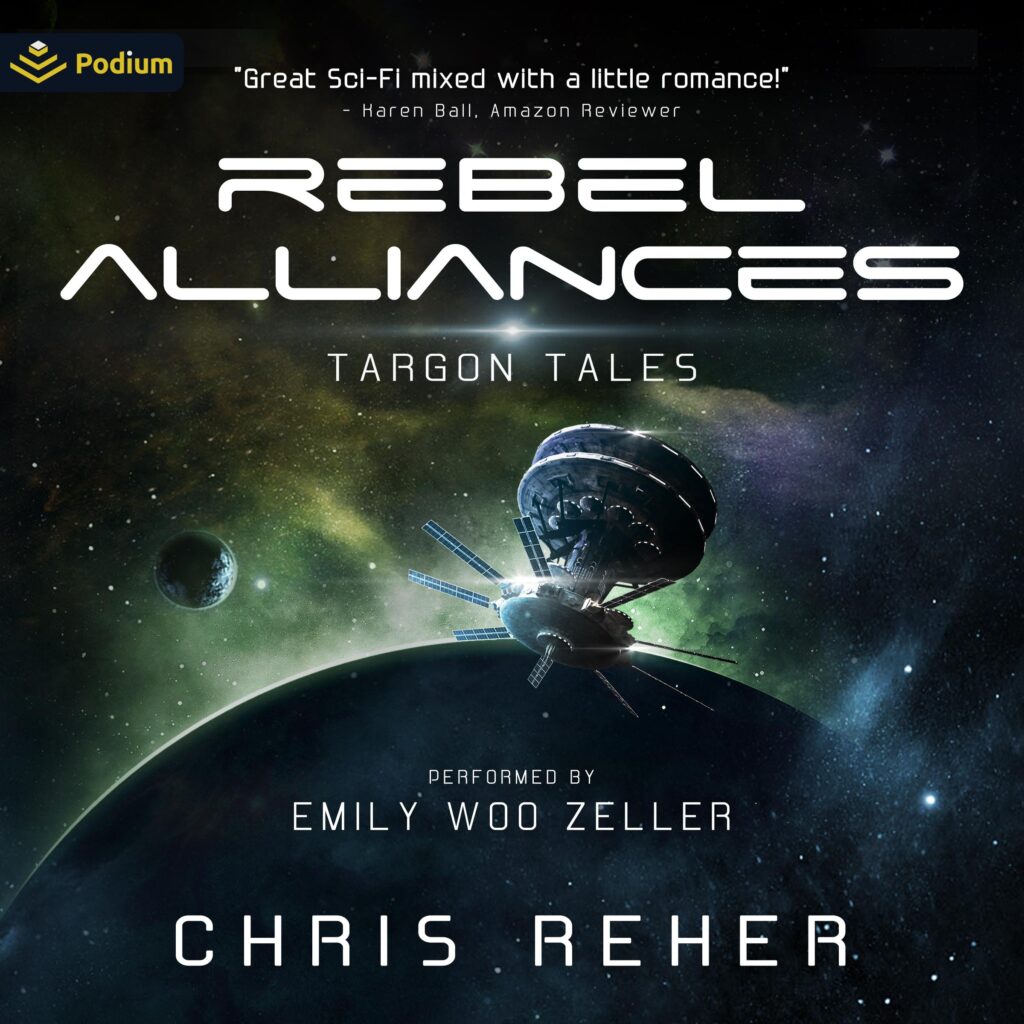 Captain Nova Whiteside receives new technology designed to change the dynamics of the Commonwealth wars.
Enemy factions conspire, and so Nova finds herself aboard a rebel ship where her value as hostage isn’t nearly as great as her value as a defector.
Also suspected of collaboration, her Delphian Vanguard partner Tychon sets out to track her down. He discovers a puzzling piece of Nova’s past when a motley alliance of strangers comes to his aid and their search leads him deep into rebel territory.
When the full consequences of the rebels’ ambitions become clear, far removed from the intervention of Air Command, Tychon and Nova are forced to consider the unthinkable.
This is book four of the Targon Tales, although it is, like the preceding volumes, a complete stand-alone story.