Reset! The Imprisoned Princess Dreams of Another Chance! | Podium Audio 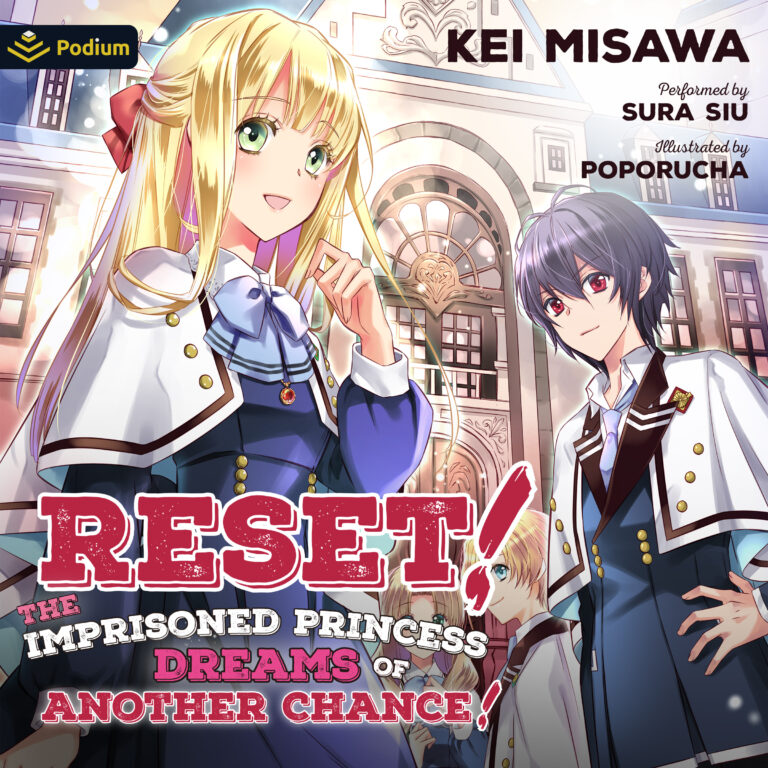 Can Magic Change Her Future?

Days before her marriage to the king of the neighboring Sunruta Kingdom, Princess Annabel of Najir is abruptly betrayed by her fiancé and thrown into prison with her magic knight under suspicion of being a spy. After being held captive for months and informed her kingdom is no more, Annabel passes out in a burst of destructive magic, only to awaken as her twelve-year-old self, six years before her political marriage. Armed with knowledge of the dark future to come, she now has another chance to bring about a new fate.

This is the story of Princess Annabel’s second chance at life, and her drive to stop the destruction of her kingdom.