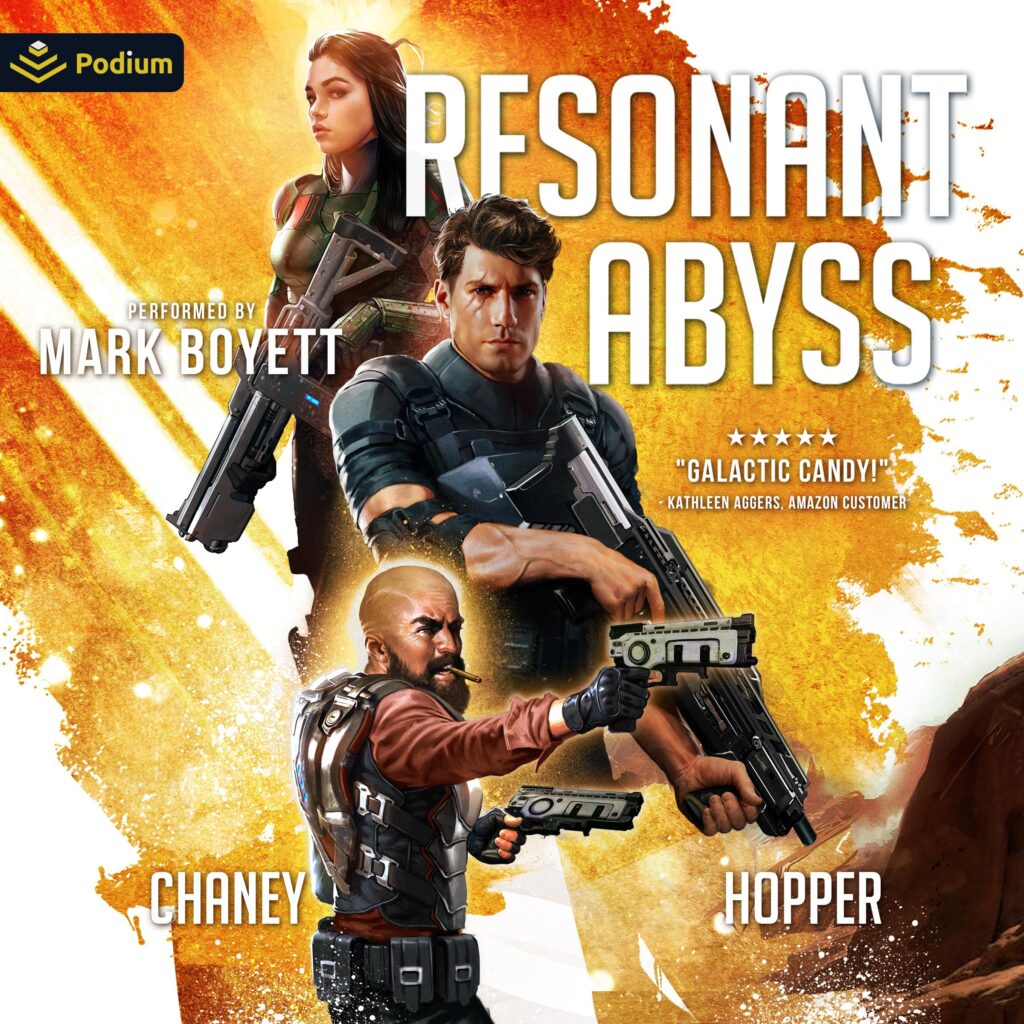 A high-speed race to the death. A mission gone horribly wrong.
With a billionaire benefactor backing him, Flint Reed heads off on his first mission to secure rare artifacts spread throughout the quadrant. Aided by a cagey assassin, his snarky AI, and a loving attack dog, Flint is poised for success.
But when a powerful rival organization attempts to kill him, Flint must make split-second decisions to save his team’s lives and protect the public. The pressure mounts as he is confronted with a nefarious syndicate hit man who holds the key to a trove of ancient and powerful artifacts.
The only problem? The treasures are rumored to be guarded by ancient beings of extraordinary power. But they’ve never met Flint Reed – and he’s got a job to do.
Pick up where Resonant Son left off on another white-knuckle adrenaline-fueled adventure. If you’re a fan of Renegade Star, Escape from New York, Firefly, or Cowboy Bebop, you’ll love this epic sci-fi thriller.