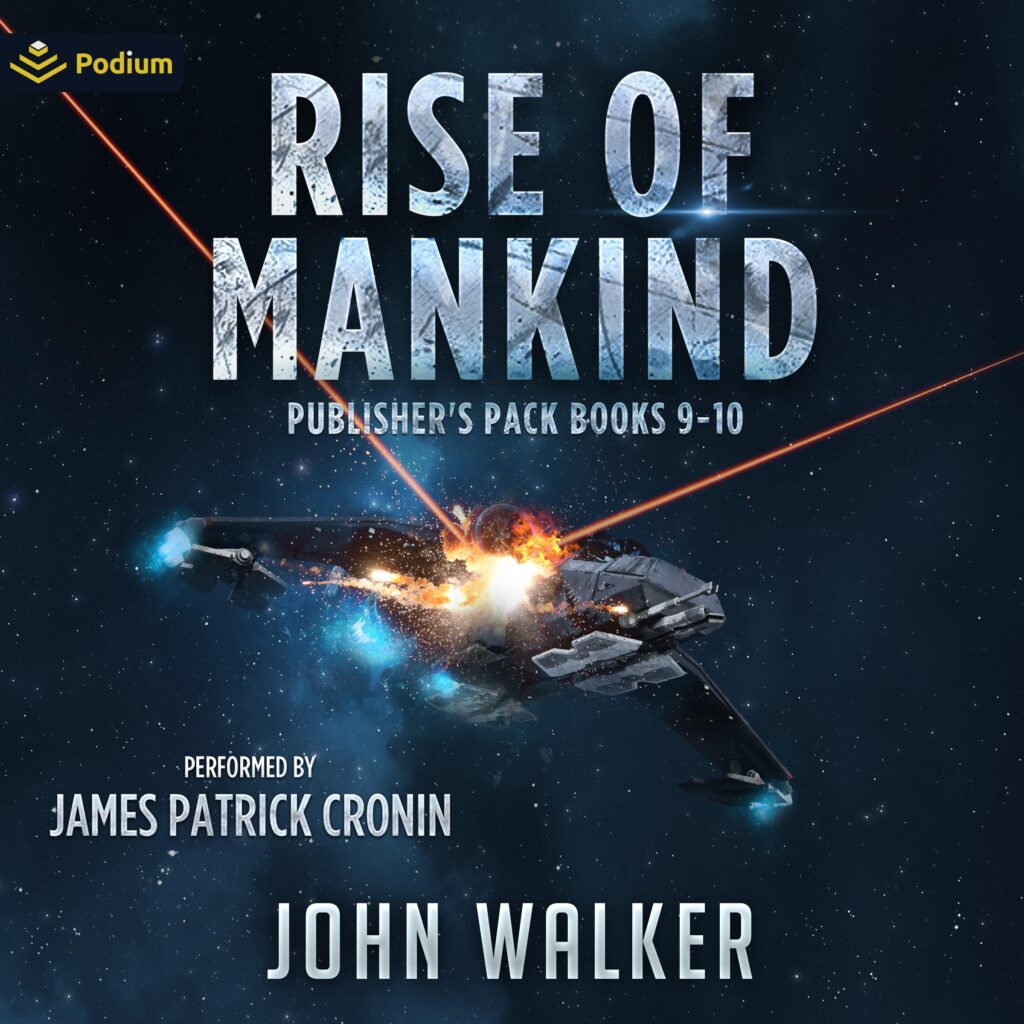 Contains books nine and ten of the Rise of Mankind series.
Offensive, Book 9:
The end of war seems within grasp but terrorists threaten to undermine invasion plans. Orion’s Light has been a thorn in the side of the government for some time but intelligence director Siva Wih’Faren has taken it upon herself to finish them off once and for all. She engages The Behemoth and The Crystal Font to launch a daring plan, an attack on the criminal fleet and their secret base.
As they prepare for conflict, special agent Trellan En’Dal infiltrates the Orion’s Light to assassinate their leader, the nefarious Krilan Ar’Vax. As he ingratiates himself to the wicked leader, the Alliance attacks, putting him in a dangerous bind which may lead to him having to make a choice: complete his assignment or escape alive.
Showdown, Book 10:
The decades long conflict comes crashing to a dramatic conclusion as the alliance faces off with their age old enemy to determine the fate of the galaxy. As the massive fleet launches for a final battle, The Behemoth and The Crystal Font are tasked with a dangerous mission to destroy a transmission facility which may well be the deciding factor in the outcome of the attack.
They’ve committed everything, heading into a situation which may well spell their end. Pilots, marines and crewmen alike look toward the moment that will make history regardless if they are victorious. A win means peace for the beleaguered alliance, a chance to heal from the wounds of war while a loss could lead to the destruction of their respective cultures if not civilization as they know it.