Rise of the Ancient Gods 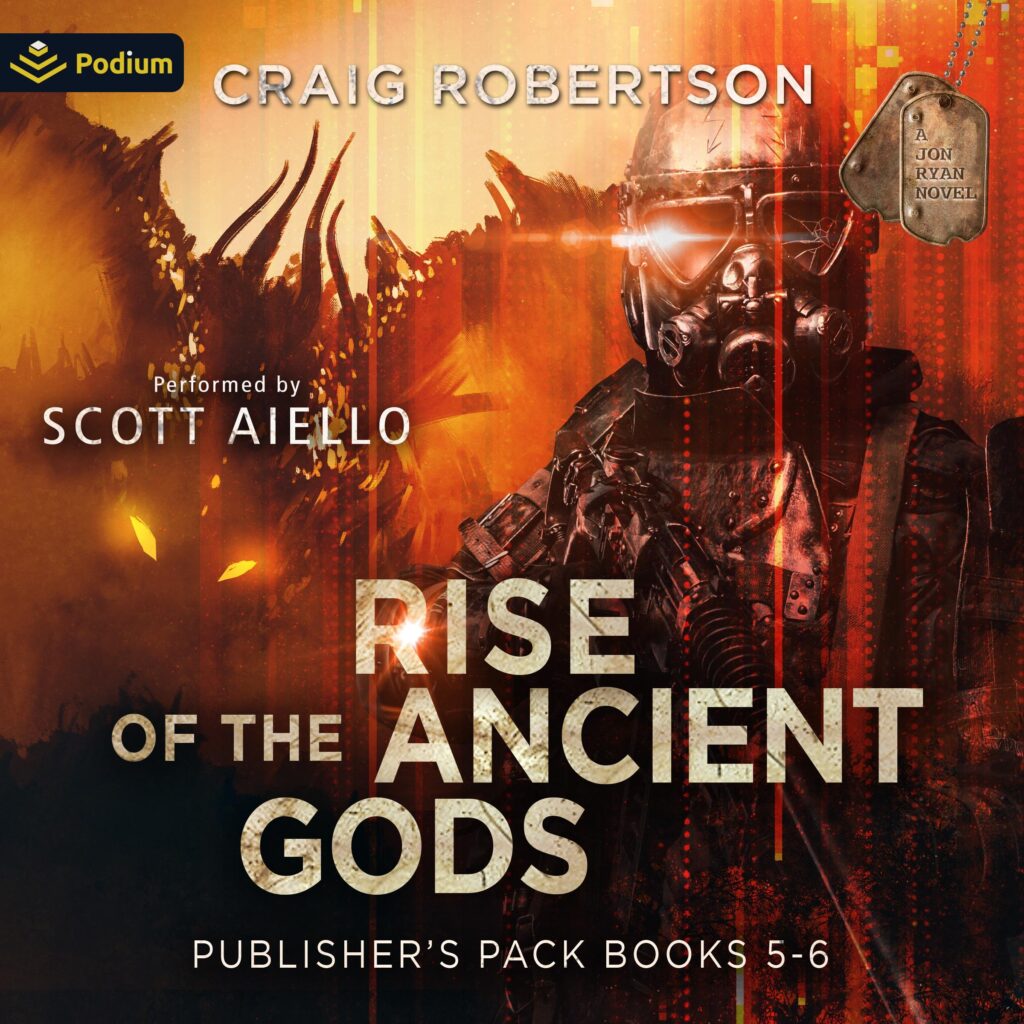 Contains books five and six of the Rise of the Ancient Gods series.
Fury of the Ancient Gods, book five:
Just when you thought it was safe to go to hell. Jon was successful at forcibly resurrecting the most evil and treacherous Ancient God from hell, Jéfnoss tra-Fundly. Now, in possession of EJ’s powerful android body, the former Cleinoid leader is freed to crush, kill, and destroy in his former kingdom. But, talk about grabbing the tiger by the tail. Can Jon resist, let alone control such an epic force of evil? The Cleinoids themselves were barely able to. Can the benefit possibly justify the risk?
Vorc, the current, ineffective Cleinoid leader, fumbles to maintain a society spiraling out of control. If he were any more inept, he’d do himself and his people in, single-handedly. It’s like the Ancient Gods want to die as a race. Or, is it, perhaps, Fate? Is that primordial force turning its favor to one Jon Ryan? If so, why in the multiverse would Fate do that? Any port in a storm is said to be welcome. Fate, all-powerful and ever capricious, may not be such a safe harbor.
From the mist of confusion, hate, and destruction comes a new force – the historically indomitable Stone Witches. A swarm of Cleinoids unwittingly angers the witches. Will Fate decree that the Stone Witches aid Jon and his crew? Or might they just be the wild card that can end the game for our heroes and their universe? If too many cooks spoil the soup, surely too many uber-powerful gods do, also. If a person wasn’t Jon Ryan, they start sweating – buckets full of big time!
Fall of the Ancient Gods, book six:
It’s all coming to a head. Against ever increasing odds, Jon Ryan and his crew must do what no one has ever done before. Either Jon, along with our entire universe, or the Cleinoid gods, will end. The odds began as bad for our heroes and have only gotten progressively worse. They could use a break – a big one, and soon.
Fate intervenes to link together improbable allies. The most powerful antigod, Verazz, comes to work with Jon. But, is even that firepower enough to stop the wicked ancient gods? And, just as it looks like the day is won for Team Ryan, the Cleinoid monsters receive a life-saving gift – renewed power. That may just tip the balance in their favor and spell the end of times for us.
Does Jon have one miracle up his sleeve left? Is it even possible to defeat a horde of ravaging gods? Well, we’re about to find out.