Rise of the Dragonriders | Podium Audio

Rise of the Dragonriders 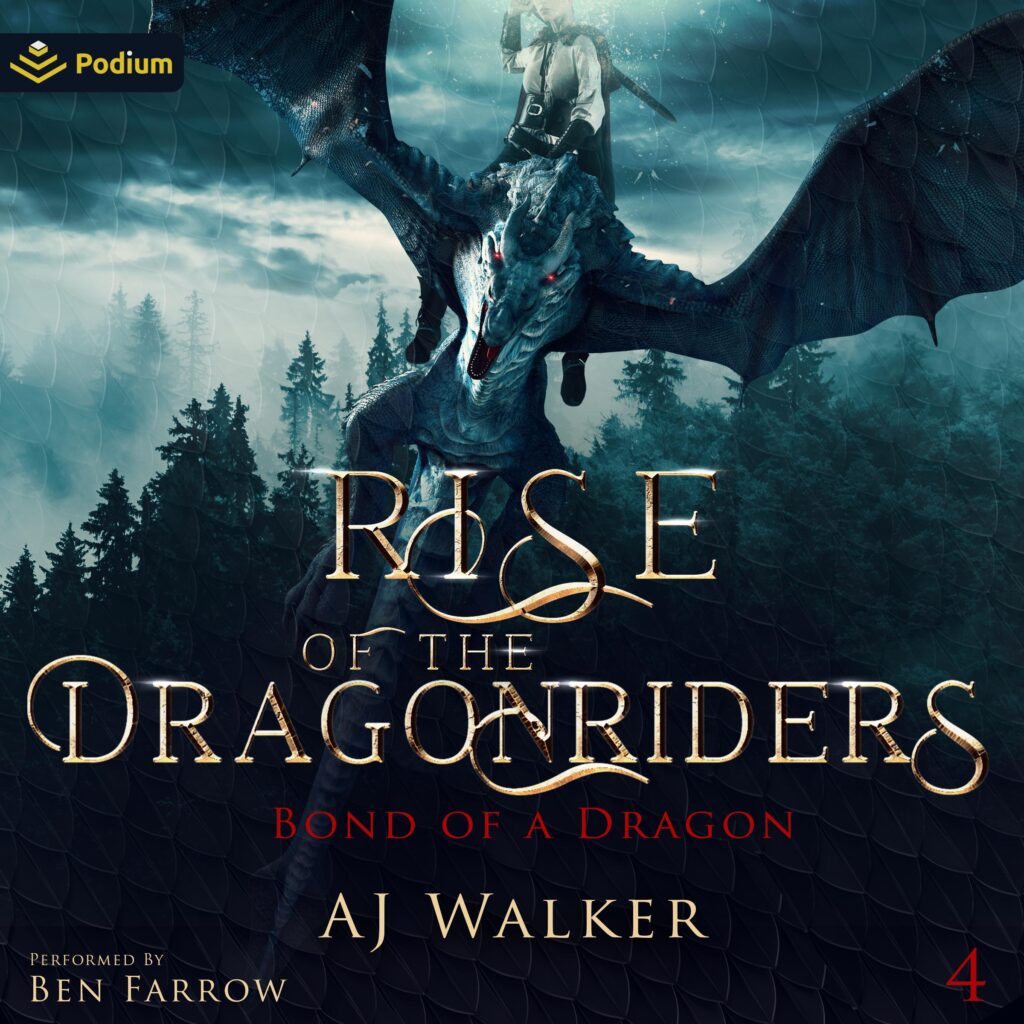 Merglan has the source of true magic within reach. Evils not seen in Kartania for hundreds of years wreak havoc on the forces of Westland. The last of the dragonriders must fight for Kartania’s freedom or be extinguished.
After Anders learns of Merglan and his dragon’s violent takeover of the elf capital, he is faced with the burden of leading the allied forces to their last stand. The only problem is, he doesn’t know where his allies are, or if they’re even still alive. The elf army is divided and in ruin, the dwarfs have been driven from their city under the mountain, and the humans are scattered across their kingdoms, all struggling to stay alive. Merglan could attack Anders, his dragon, and their small army at any moment.
With Anders attempting to juggle his role in the prophecy, the prospect of becoming king, and the future of the allied nations, he struggles to stay one step ahead of Merglan. Knowing the allied armies are scattered and he is outmatched in his skills as dragonrider, Anders and the leaders of the Westland Revolutionary Army form a plan. Knowing the fate of Kartania will be decided with his life, Anders will need help during this last stand. Can he find his allies and bring them together? Or will he and the forces of Westland be overwhelmed by Merglan and his evil army? Will the rise of the dragonriders be enough to fulfill the prophecy?

As a Montanan, I grew up kayaking, climbing, hunting, fishing and doing just about any other outdoor activity I could. As a youth, I did not expect that I’d one day become a novelist. I was diagnosed with dyslexia at a young age and struggled with a third grade reading comprehension through most of high school. It wasn’t until I started neurofeedback therapy that I was able to read and write at the same level as my peers. Before striving to become an author, my path as an avid whitewater kayaker and wildland firefighter lead me to a degree in Forestry at the University of Montana. It wasn’t until after college that I started writing fiction. Now, I’ve become a published author and uncovered my passion for being a fantasy writer. As I continue my career, I plan on producing unique worlds and engaging characters that my readers will love. Though I don’t kayak off 90-foot waterfalls or run class-V whitewater anymore, I have plenty of personal experiences that I use to authenticate my style of writing.