Rule of Cool: A litRPG Novel 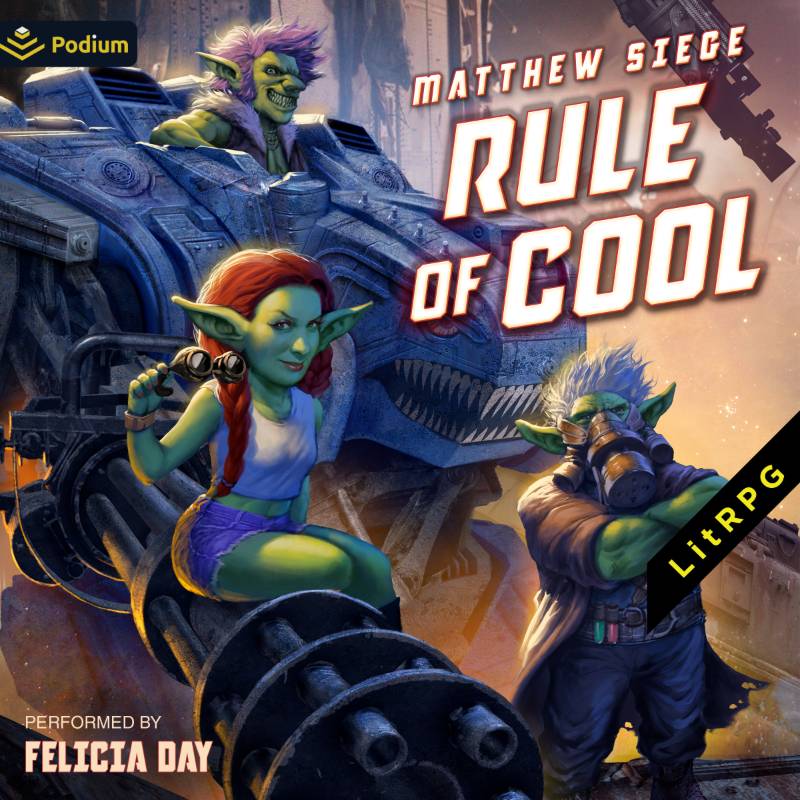 Raze is “just” a lowly Gearblin chained to the quest-giver desk at the worst (and only) arcade in town. And that’s a problem for her. It means that she’s a Non-Participating Citizen, someone who can’t see her stats nor make opposed rolls against Heroes. It’s why her life’s worth less than the vendor trash she doles out.

The old-timers swear it didn’t used to be like this; their issues only began once RNGesus went AFK a thousand years ago, leaving the questionably blessed Heroes to conquer everything without consequence. Fortunately, Raze is not about to let something as trivial as a millennium of injustice cramp her style. She’s got a crush on a frustratingly optimistic dreamer who talks her into using the Konami Code as a map to scale the conveniently located and suitably forbidden fortress. And when they reach the top, everything changes.

What follows is Raze and her mismatched crew doing their damnedest to burn the new “old” ways down to the ground, squaring off against thousands of noob heroes in epic, crunchy, badass, mechanized carnage!

Matthew Siege may live in Australia now, but along the way he fell in love, got married, attended Clarion and undertook an epic journey across all 50 states. He lives near Melbourne with his upside down family, wincing when he hears the letter ‘Z’ pronounced ‘Zed’ and trying to get used to Christmas in the summer. If he’s staring off into space, more often than not he’s building fantastic places that almost exist. That, or marveling that the ultimate answer to the litany of his kids’ questions is always ‘because entropy.’