Runes of Issalia: The Complete Collection 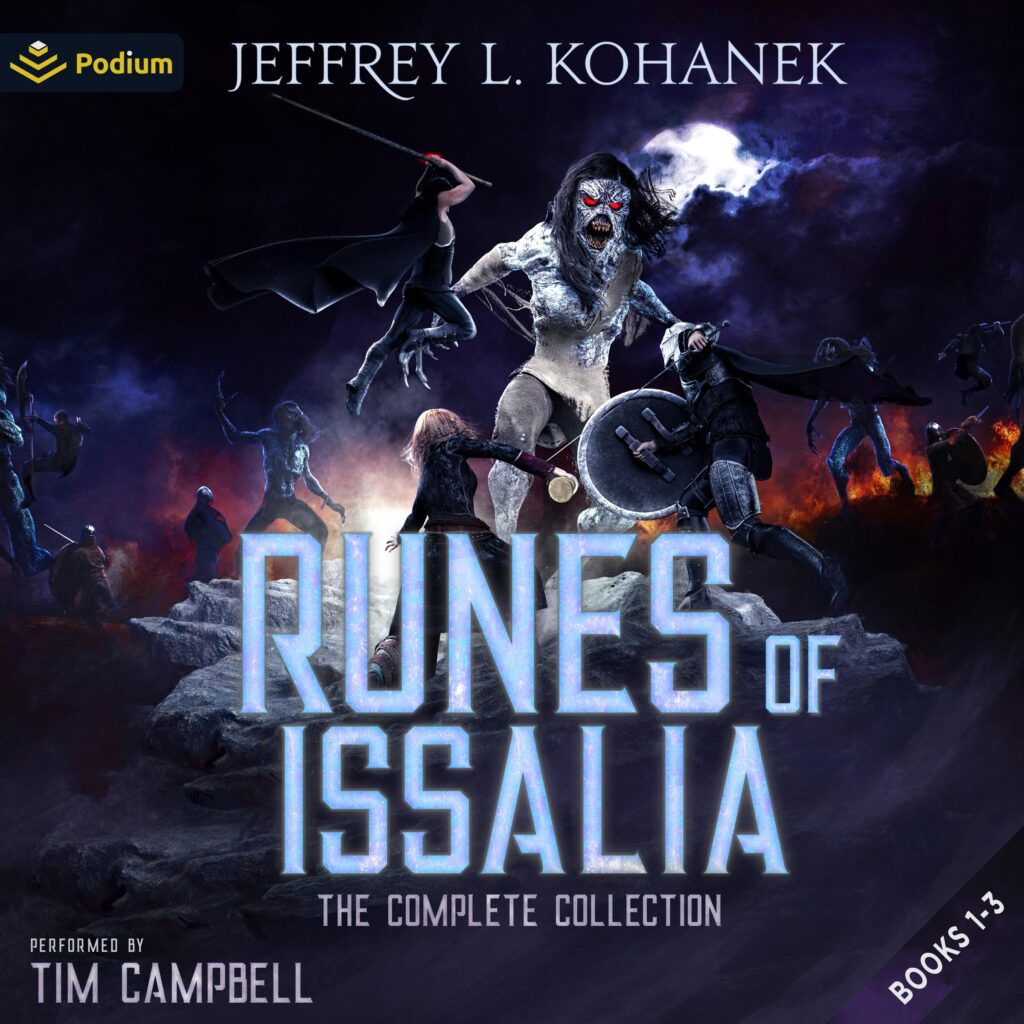 Contains the complete Runes of Issalia series.
The Buried Symbol, book one
Rejecting his role as an outcast, Brock risks his life and obtains a false rune, marking him a member of the Empire’s ruling class. Under a veil of deception and backed by natural talent, he then schemes his way into a school where the Empire’s future leaders are trained. Can he maintain this charade? Within an academy of magic, science, and combat, he discovers secrets kept from society, among which is a forbidden magic he is able to wield. He is determined to tame his frightening new abilities. One misstep could destroy him.
The Emblem Throne, book two
The return of a forgotten magic sparks a prophecy of doom. A thin thread of hope remains, hidden with a long lost relic. Brock and his friends resume their training at the Academy. However, an expansive web of lies resides within the Ministry. The exposure of one such secret forces Brock and his friends to flee the school with their lives in the balance. Guided by cryptic instructions from the past and backed by a magic they have yet to master, these young heroes embark on a quest to unearth mysteries buried with the legendary Emblem Throne. However, the path is fraught with blood thirsty monsters and unsuspected danger. One mistake could seal the fate of everyone in Issalia.
An Empire in Runes, book three
A powerful magic. An unstoppable army. The final battle. Mankind’s fate hangs in the balance. The eastern cities of Issalia lay in ruin, destroyed by a horde mindless monsters. Led by a teen named Brock, a squad of young heroes seeks a means of stopping this dark force from consuming the rest of the continent. The future of mankind hinges upon a powerful yet destructive magic. As foretold in an ancient prophecy, this rag-tag force gathers upon the Tantarri plains, prepared to face an army of giants. All the while, they must remain vigilant against a secret organization within the Ministry, who will do anything to prevent the return of Chaos.