Fated Mates of the Ferlaern Warriors

Seduced by an Alien Warlord 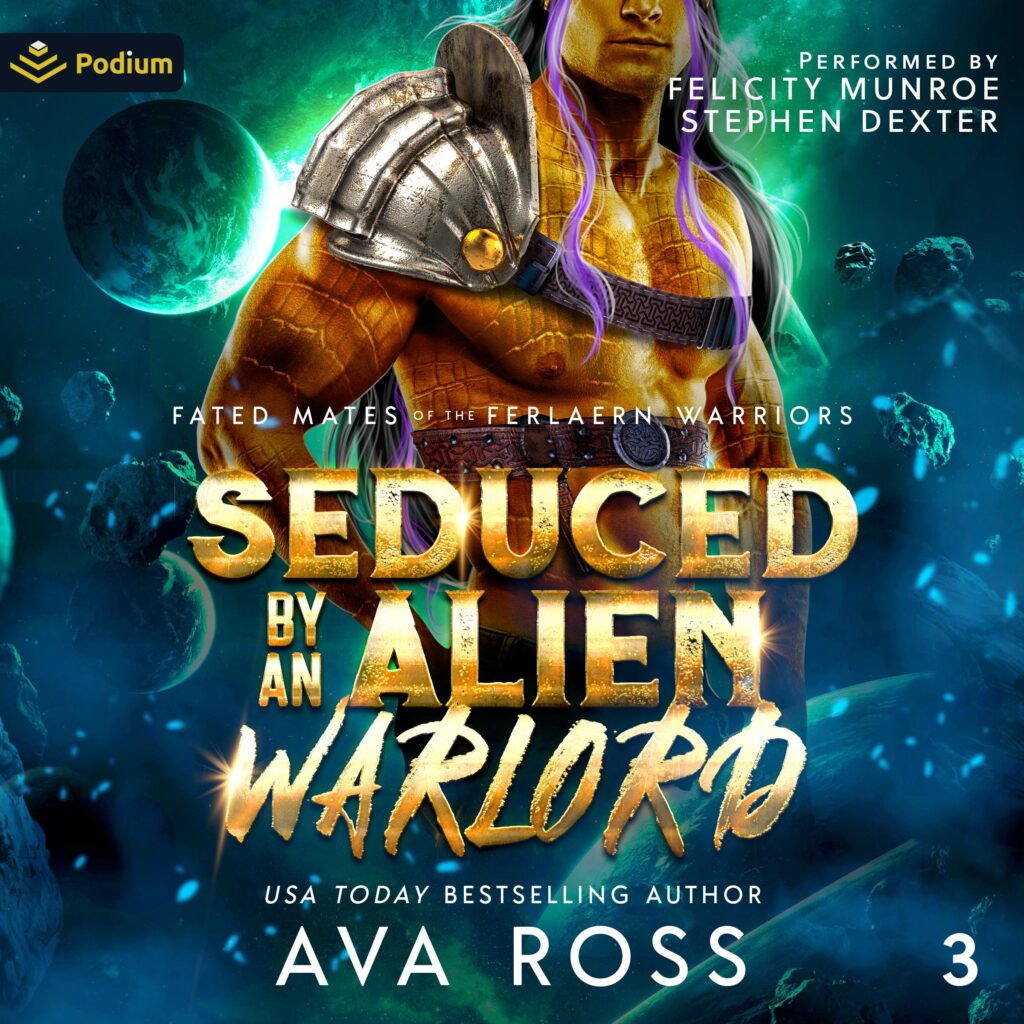 He’s a proud alien warlord. She’s a single mom hoping to find love again. When their worlds collide, sparks fly.
Bruge: I’m a serious warlord, not a youngling warrior in need of a mate. Ensuring the duskhorde don’t kill us, and that the clan gathering runs smoothly, is enough to keep me busy. Court an Earthling female? Perhaps later. But when I meet Alexa, my second heart starts beating, proving she’s my maelstrom mate. Now I want her, and the best way to claim her is with an ancient Ferlaern tradition: abduction and seduction. If only my entire village would stop trying to help make it happen.
Alexa: I’ve crushed on Bruge for a while. He’s grumpy, gruff, and he has interesting social skills. What’s not to like? A widow raising three-year-old twin boys, I still have room in my life for romance. But whenever Bruge and I get close, we either wind up in trouble or we’re interrupted. Even better? His warriors follow us around snickering. Our relationship is going nowhere fast, but I’m not giving up, because there’s more than one way to seduce an alien warlord.
Seduced by an Alien Warlord is book three in the Fated Mates of the Ferlaern Warriors series but can be listened to as a standalone. It has heat, aliens who look and act alien, a guaranteed happily ever after, no cheating, and no cliffhanger.